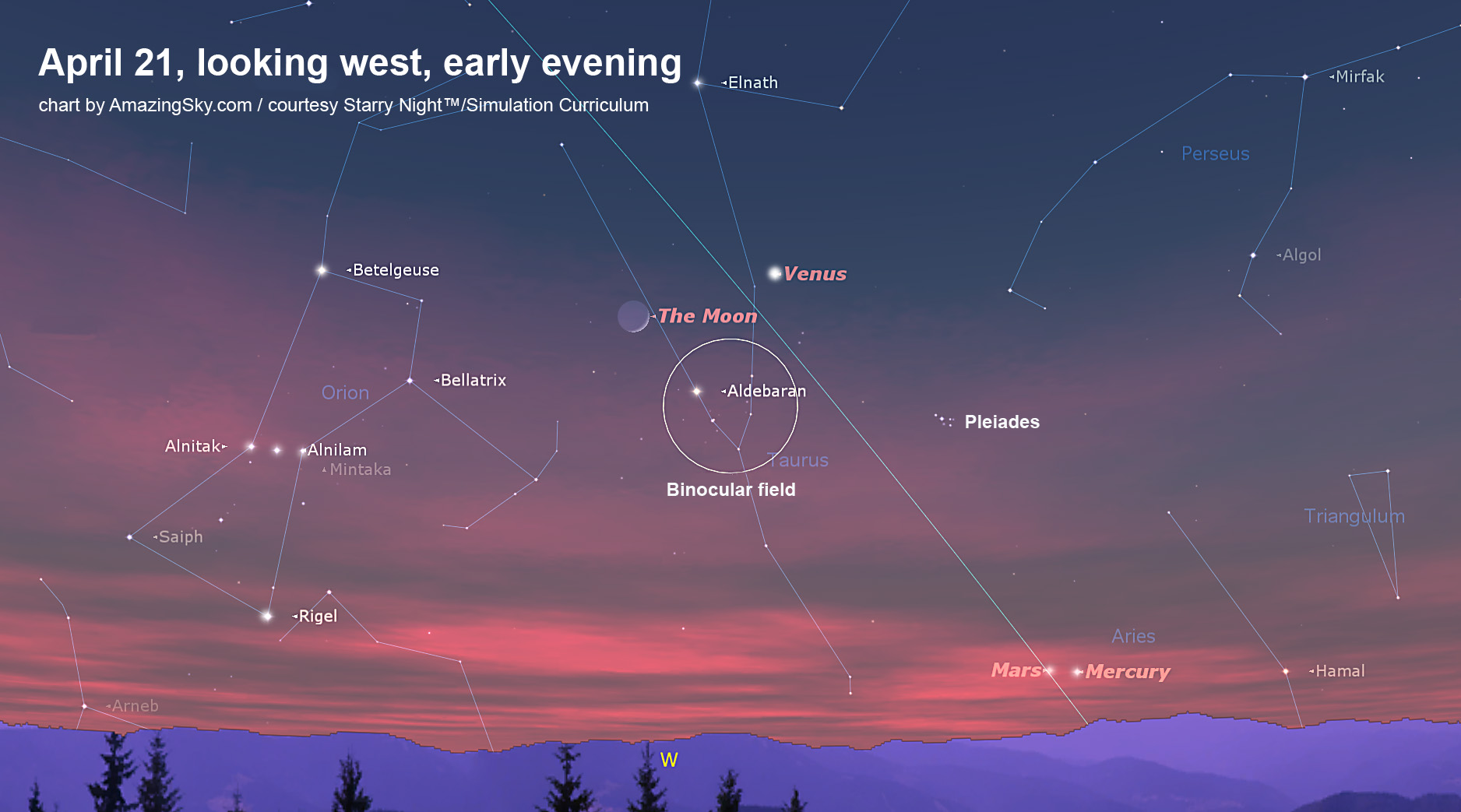 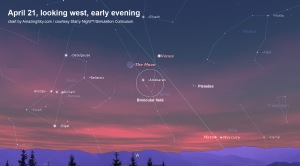 On the evening of April 21 the waxing Moon shines near Venus, while Mercury appears near Mars.

Say goodbye to the winter sky, as Orion and Taurus sink into the western twilight. Joining them is an array of planets, and the Moon.

Look west on April 21 and you’ll see the waxing crescent Moon near brilliant Venus, with both above the Hyades star cluster and the bright star Aldebaran in Taurus.

The thinner Moon will appear below Venus the night before, on April 21, while on April 22, the waxing Moon, then a wider crescent, will sit well above Venus.

If you have an unobstructed view to the west also look for the pairing of Mercury and Mars low in the twilight. You might need to use binoculars to pick them out.

Mercury is just beginning its best evening appearance of the year for the northern hemisphere. So if you miss it April 21, you have another couple of weeks to find it in the evening sky. 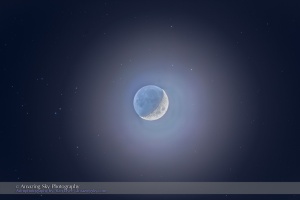 On the nights around April 21, also look for Earthshine lighting the dark side of the Moon. You can see the night side of the Moon because it is being illuminated by sunlight reflecting off the Earth, shining brightly in the lunar sky.

The above image is a view of Earthshine from a month ago, on March 24, when the Moon appeared in the Hyades star cluster.

Enjoy the spring sky adorned by Venus as a bright “evening star,” and joined by the Moon on April 21.