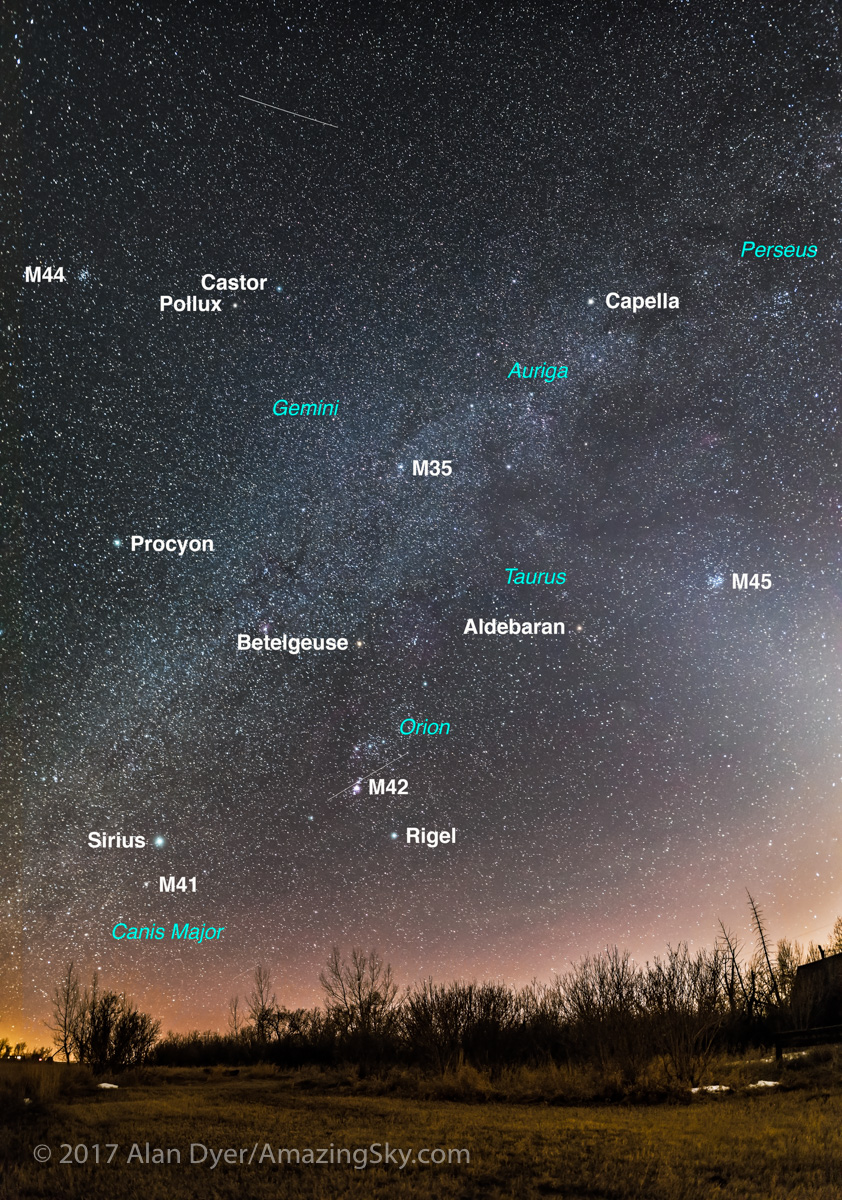 As we celebrate the official arrival of spring in the Northern Hemisphere, we bid adieu to the stars of winter.

This was the scene last night from my backyard, of Orion and the surrounding constellations of the winter sky setting into the southwest in the early evening. Each night they will set sooner and sooner, even as the nights continue to grow shorter and the Sun sets later.

By late April Orion will be gone from our Northern Hemisphere sky — he hangs around until well into May for sites south of the equator.

In this version I’ve labeled the main characters in this winter hunting scene – including some of the deep-sky “Messier”  objects like M45, the Pleiades; M44, the Beehive star cluster; and M42, the Orion Nebula.

At the same time this year, we also say goodbye to Venus which has shone so brightly these last few months as an evening star. By this weekend, it will be lost from sight as it passes between Earth and the Sun.

Meanwhile, Mercury is rising into view in the evening twilight, in its best evening showing of the year from northern latitudes. The view below is also from March 19, with Mercury to the left of brighter Venus.

Over the next two weeks, look low in the west for a bright star amid the twilight. Mercury appears farthest from the Sun on April 1, the date of its “greatest elongation.”

Having Mercury in our evening sky is a sure sign of spring.

While Orion sets in the west, the stars of spring are rising in the east. The panorama above depicts the scene in the eastern sky these nights, as Leo rises below the Big Dipper.

The Big Dipper is at upper left, with its handle pointing down to Arcturus at bottom left. The Bowl of the Dipper points down to the right to Regulus and the stars of Leo.