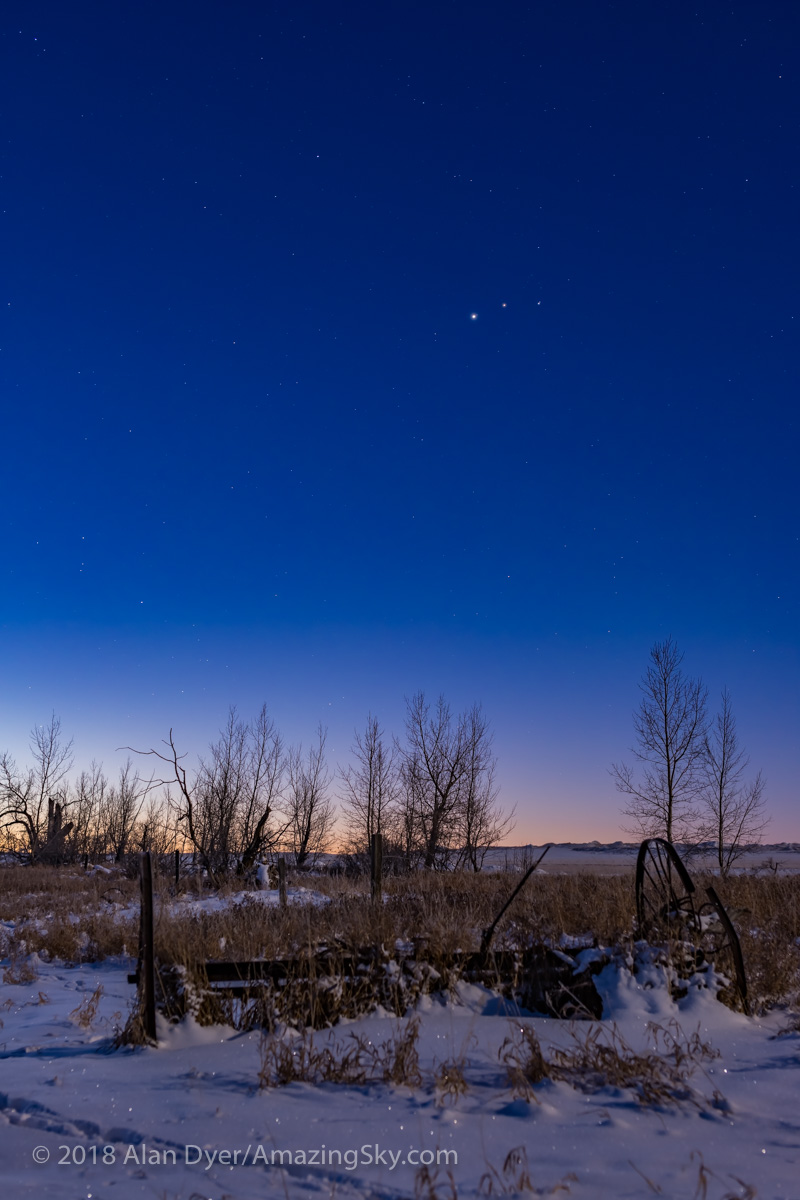 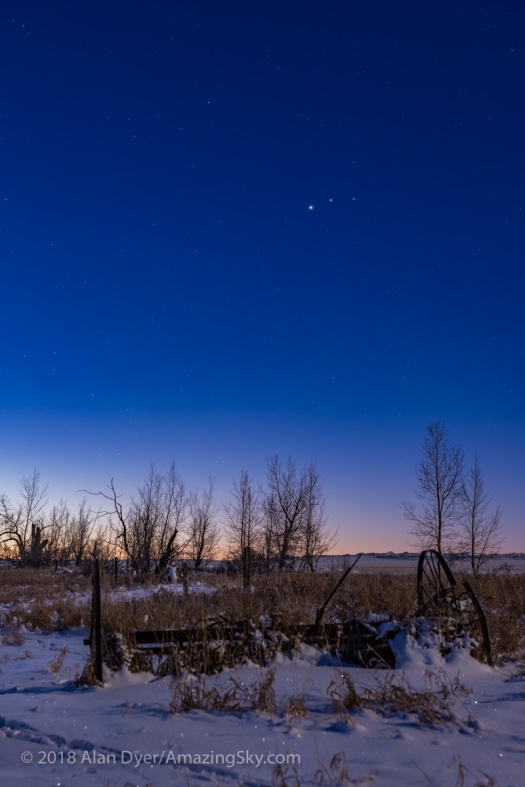 Mars and Jupiter are meeting up in the morning sky. Soon they’ll be joined by the Moon.

Here’s a heads up for one of the best planet conjunctions of the year. Mars and Jupiter are now close together in the dawn sky to the south, and getting closer!

Above is the actual view on the morning of January 4, with Jupiter the brightest of a trio of objects. Mars is reddish and in the middle. The object at right is the star Alpha Librae, also known as Zubenelgenubi in Libra.

As shown in the simulation above, on the morning of January 6 Mars and Jupiter will be only 1/3rd of a degree apart (20 arc minutes), so close that dimmer Mars might not be obvious to the naked eye next to bright Jupiter. But use binoculars to show the planet pair.

The next morning, on January 7, they will appear almost as close, as Jupiter climbs higher past Mars.

As shown here, on the morning of January 11 the waning crescent Moon will sit only 4 degrees from the planet pair, with all three worlds gathered close enough for binoculars to frame the scene.

With sunrise coming late on winter mornings, it doesn’t take an early rise to take in the dawn scene. Make a note to take a look about 6:30 to 7:00 a.m. over the next week.

Here’s the real scene from the morning of January 6, with Mars and Jupiter just 16 arc minutes apart, very close but still easy to distinguish  with the naked eye. Jupiter did not overwhelm Mars. 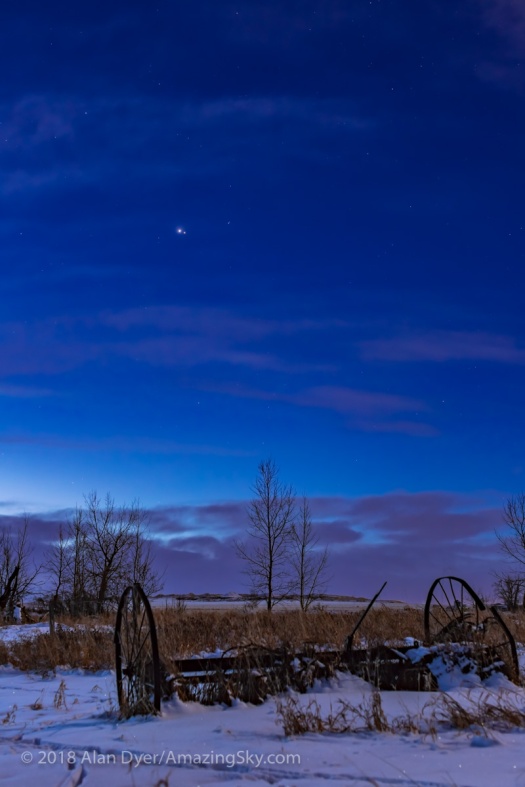 Thanks and Clear skies!

2 Replies to “Mars and Jupiter in the Morning”