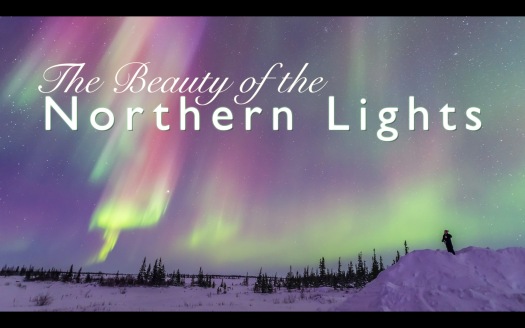 My latest music video includes images, time-lapses and real-time videos of the Northern Lights shot in February and March 2016 in Churchill.

While I’ve posted my recent images of the aurora here and at many social media sites, all the videos I shoot take more work before they are ready to unveil to the public. Videos work best when set to music.

In this case, I’m very pleased to have received permission from EverSound Music to incorporate the music of one of my favourite artists, John Adorney, in my latest music video montage. The selection is If a Rose Could Speak, from his 2013 album The Wonder Well. It features vocals by Daya.

The video incorporates still images, as well as time-lapse sequences, and real-time videos of the Northern Lights.

The all-sky time-lapses are intended to be projected in digital planetarium theatres, recreating the scene on their 360° domes.

Please click on the V for Vimeo button to really see the video well. And select 1080p HD for the best image quality. And do share!

I shot all scenes at the Churchill Northern Studies Centre, near Churchill, Manitoba, on the shore of Hudson Bay at a latitude of 58° North. Churchill’s location places it under the usual location of the auroral oval, providing spectacular displays of Northern Lights even on nights when locations to the south are seeing nothing.

I was at the CNSC to present sets of 5-night aurora viewing programs to guests from across North America. Click the link above for more details on their programs. The 2016 aurora season is over, but we’ll have more aurora programs in January and February of next year.

I shot all images with Canon 6D and Nikon D750 DSLR cameras, usually at ISO 3200. The fish-eye all-sky sequences were with a Sigma 8mm lens on the Canon, while most of the still images and other full-frame time-lapses were with the Sigma 20mm Art lens on the Nikon. For the “rapid-cadence” time-lapses I used 1- to 2-second exposures at an interval of one second.

The real-time video clips were with the Nikon – set to ISO 25600 – and the Sigma wide open at f/1.4. While these clips are prone to digital noise, they do record the fast movement and subtle colour of the aurora much as the eye saw it. See my earlier music video with real-time clips shot February 12 for more examples of these.

The all-sky sequences were processed through LRTimelapse v4 software, to handle the huge range in brightness of the Lights. Real-time video clips were processed in Photoshop with the Camera Raw filter.

I kept the long-duration, all-sky, time-lapse camera going by placing it in a Camera Parka (www.atfrostedlens.com) and inserting disposable hand warmer packs inside the insulated parka. It worked very well, making it possible to shoot for up to 3 hours. Without it, the battery died after an hour.