With the harvest in full swing, the aurora and Moon lit the fields on a clear September evening.

This night, September 19, showed prospects for a good display of Northern Lights, and sure enough as it got dark a bright, well-defined arc of Lights danced to the north.

I headed off to some photogenic spots near home, on the prairies of southern Alberta. By the time I got in place, the aurora had already faded.

However, the arc still photographed well and provided a great backdrop to these rural scenes. The rising Moon, then 3 days past full, lit the foreground. In the lead image, lights from combines and trucks working the field behind the bins are at left.

The image above was from later in the night, just down the road at a favourite and photogenic grand old barn.

Note the Big Dipper above the barn. A waning and rising Moon like this is great for providing warm illumination.

The time around equinox is usually good for auroras, as the interplanetary and terrestrial magnetic fields line up better to let in the electrons from the Sun. So perhaps we’ll see more Lights, with the Moon now gradually departing the evening sky. 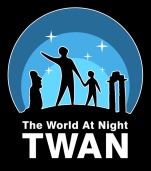 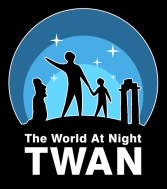 The aurora has been lighting up our skies a lot in recent nights, in a great sweeping arc across the northern sky.

It’s been a good week or so for Northern Lights, with several nights in a row of fine displays. These images are from one night, taken near home in southern Alberta, on September 2.

The lead image at top shows the display at its best, with the arc of curtains reflected in a nearby pond. The green curtains fade to shades of magenta as they tower into the high atmosphere, as one process of glowing oxygen giving off green light transitions to another emitting red light.

A little later the curtains had changed form, into a more homogenous arc above a set of sharper curtains below that are farthest north. People in northern Alberta or the Northwest Territories would have been seeing these curtains dancing above them.

What we are seeing is the classic curving arc of the auroral oval, the ring of light created by electrons raining down into our atmosphere in roughly an oval sweeping across the continent and centred on the magnetic pole in the Canadian Arctic.

However, at right, you can see a odd detached bit of more southerly aurora, with a dominant red colour.

This is a closeup, showing the characteristic form of these odd “isolated arcs” — usually featureless, often thin, without much motion, and often red. Later, the arc had brightened and expanded to cross the sky. The above view is looking west from home, with the arc now displaying a mix of pink, white and green. Here, we are looking up the isolated arc, with the impression of it being a thin sheet seen at an angle, with the bottom green component being closest and the red top being highest and farthest away. This is the view looking southeast to the strange aurora. For a time it broke up and displayed a “picket fence” formation. And it moved!

Just what these isolated arcs are is a mystery. They have been called “proton arcs,” under the assumption they are caused by incoming protons, not electrons. But while there are such things as proton arcs and auroras, they are diffuse and invisible to the eye and camera in normal visible light. So these features are not proton arcs.

Nevertheless, these odd arcs are not like the usual auroral curtains, and likely have a different origin. But just what is still the object of research. Images by amateur astronomers such as these can help in the study.

What a night this was – perfect skies over an iconic location in the Rockies. And an aurora to top it off!

On August 31 I took advantage of a rare clear night in the forecast and headed to Banff and Moraine Lake for a night of shooting. The goal was to shoot a time-lapse and stills of the Milky Way over the lake.

The handy planning app, The Photographer’s Ephemeris, showed me (as below) that the Milky Way and galactic centre (the large circles) would be ideally placed over the end of the lake as astronomical twilight ended at 10:30 p.m. I began the shoot at 10 p.m. as the sky still had some twilight blue in it. 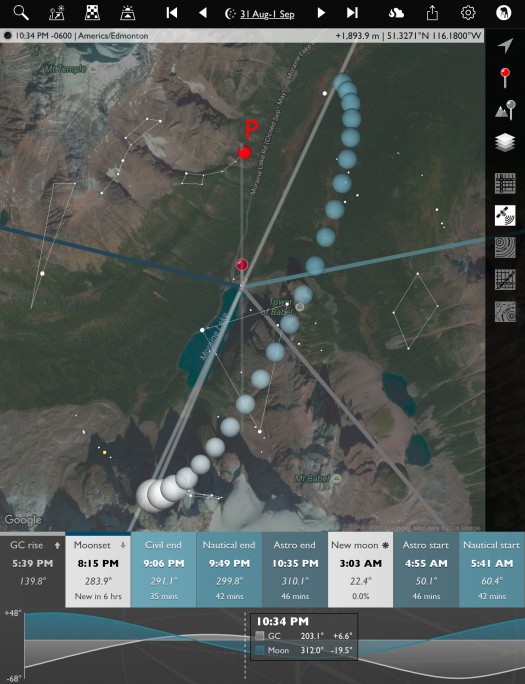 I planned to shoot 600 frames for a time-lapse. From those I would extract select frames to create a still image. The result is below.

As the caption explains, the still is a composite of one exposure for the sky and 16 in succession for the ground, averaged together in a technique to smooth noise. The camera wasn’t tracking the sky, so stacking sky images isn’t feasible, as much as I might like to have the lower noise there, too. (There are programs that attempt to align and stack the moving sky but I’ve never found they work well.)

About midnight, the Valley of Ten Peaks around the lake began to light up. An aurora was getting active in the opposite direction, to the north. With 450 frames shot, I stopped the Milky Way time-lapse and turned the camera the other way. (I was lazy and hadn’t hefted a second camera and tripod up the steep hill to the viewpoint.)

The lead-image panorama is the first result, showing the sweeping arc of Northern Lights over Desolation Valley.

Still images shot, I began a time-lapse of the Lights, grabbing another 450 frames, this time using just 2-second exposures at f/1.6 for a rapid cadence time-lapse to help freeze the motion of the curtains.

The final movies and stills are in a music video here:

I ended the night with a parting shot of the Pleiades and the winter stars rising behind the Tower of Babel formation. I last photographed that scene with those same stars in the 1980s using 6×7 film.

In a summer of clouds and storms, this was a night to make up for it.

Member of The World at Night photo group 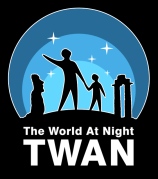