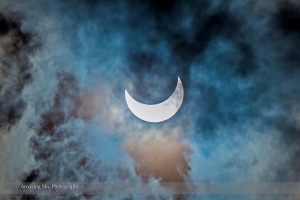 A successful solar eclipse! Always a great thing to celebrate!

Today, several hundred people, including students from the nearby elementary and high schools, enjoyed views of the Moon eclipsing the Sun from Jasper, Alberta. The eclipse event in Centennial Park was part of the Park’s annual Dark Sky Festival, held to celebrate the National Park’s status as a Dark Sky Preserve.

The photo above is a long 1/25 second exposure, though still taken through a solar filter, of the eclipsed Sun dimmed by clouds. The longer exposure enabled me to pick up the clouds and iridescent colours around the Sun.

The photo below is a single exposure capturing the viewing through the many telescopes supplied by volunteers from the Royal Astronomical Society of Canada (Edmonton and Regina Centres), as well as capturing the crescent Sun, seen here though a handheld solar filter. 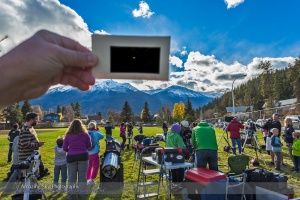 Clouds came and went over the afternoon, but when they needed to be gone, clouds cleared off around the Sun for great views of the Moon hiding then revealing the giant sunspot that was the highlight of this eclipse.

The image below, which I shot through a small telescope at 1/8000th second through a filter, shows the big spot group about to be hidden by the advancing limb of the Moon. 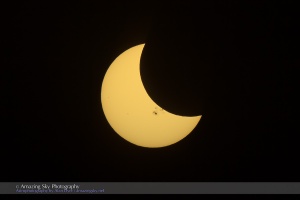 This event was our last solar eclipse visible from most of Canada until the long-awaited “Great American Eclipse” of August 21, 2017, when the lunar umbral shadow will sweep across the United States, bringing a total eclipse to the U.S. and a substantial partial eclipse to Canada. 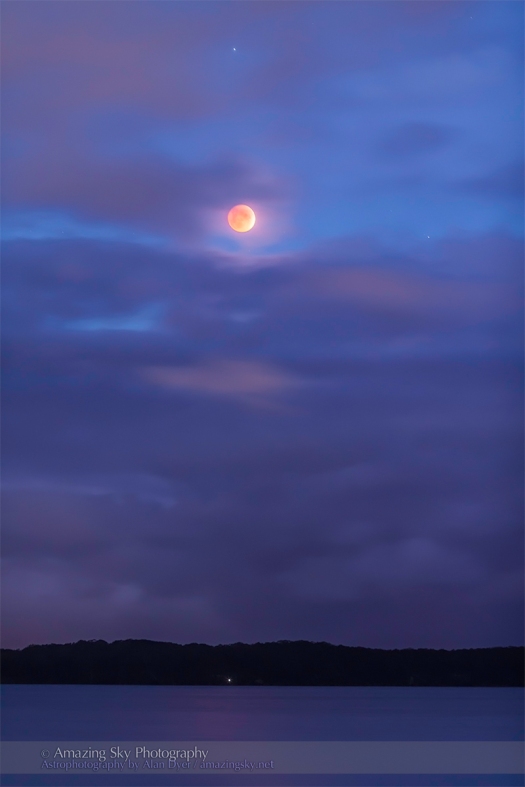 The eclipsed red Moon rises over the waters of Lake Macquarie on the east coast of Australia.

I was still in Australia for this eclipse and managed to see and shoot it, but only just! 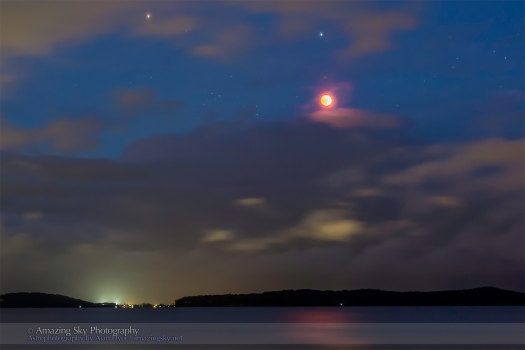 I was on the Central Coast of New South Wales, where clouds and rain have been prevalent all week, in part caused by departing remnants of Cyclone Ita. The prospects for seeing this eclipse from the coast looked bleak indeed. 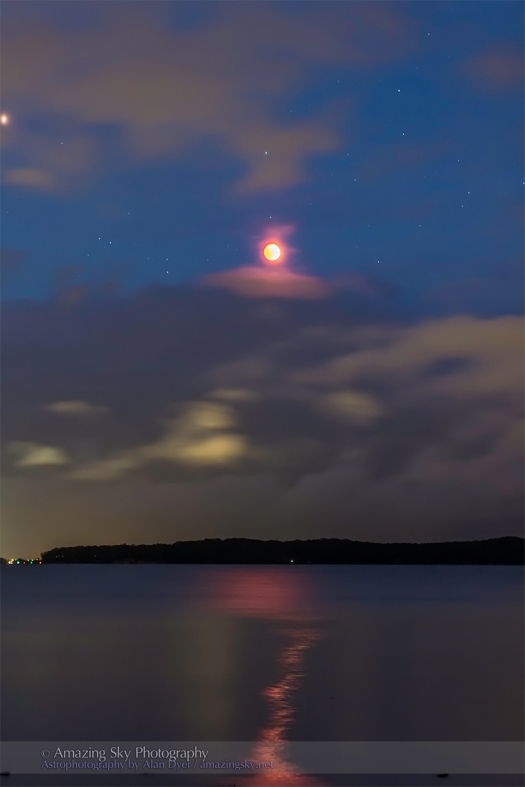 From eastern Australia, the Moon rose at sunset in mid-eclipse on our evening of April 15. I was with family in Australia and so we made an evening picnic of the event, joining a few others in the lakeside park who were there to also see the eclipsed Moon over Lake Macquarie, Australia’s largest salt water lake. I wanted to catch this eclipse over water, to see the effect above — the “glitter path” from the Moon but one turned red by the eclipsed Moon. 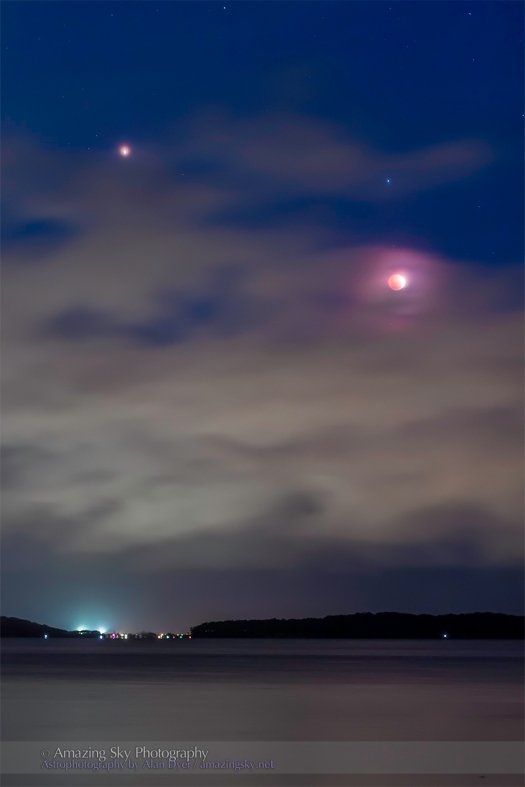 As we were about to give up, I caught sight of the Moon as it rose into breaks in the cloud, revealing the red Moon near Spica and Mars. We saw the last of totality and the early stages of the final partial eclipse. But later in the evening clouds rolled in again and the rain poured down. Indeed, I took my last images of the eclipse with light rain falling and the cameras getting wet. This isn’t the first eclipse I’ve watched in the rain!

I shot with fixed cameras with 50mm and 135mm lenses. The top image is a 135mm telephoto shot, the other three are with the 50mm lens.