The December 20, 2010 total lunar eclipse promised to be a photogenic one. With the Moon smack dab in the middle of the winter Milky Way, it was going to be a great sight, as the Milky Way appeared during totality. The event did not disappoint. Though some haze intervened, I wasn’t complaining, as the weather has been so poor of late, we were lucky to get a clear night at all, despite having to endure -20° C temperatures to take in the event. This shot captures the scene from my backyard during totality, with the over-exposed eclipsed Moon sitting in the Milky Way above Orion. The naked and binocular view was truly stunning.

I got back from Australia in time to see this event from home, squeezed in between Oz and a Xmas trip to the rainy west Coast. The plan worked! I managed to catch the eclipse, against the odds, which defeated many across Canada. Alberta was one of the few clear places for this event. I had considered a hasty trip to Arizona for it, but decided against it — a good thing, as I think they had cloud. The winter of 2010/11 is proving to be an awful one for many. 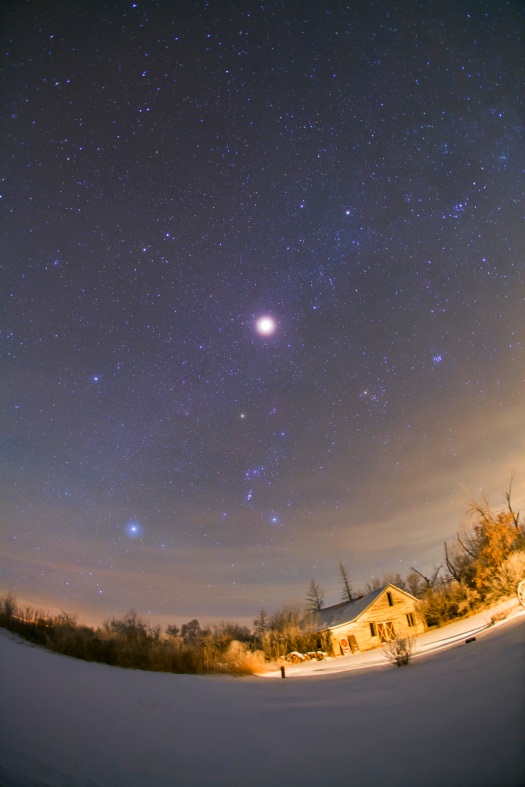