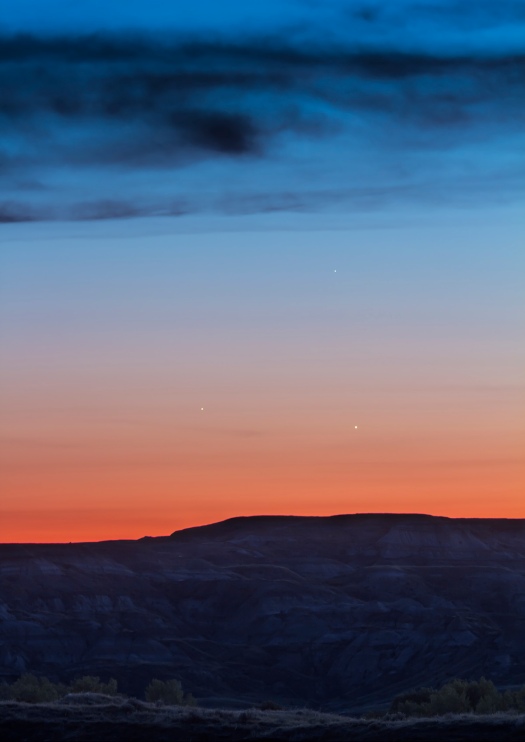 This was the triple-planet conjunction last night, Sunday, May 26, as seen from the badlands of Dinosaur Provincial Park, Alberta. I headed  there, a 90-minute drive east from home, to conduct a night of time-lapse shooting, and to catch the planets low in the western twilight far away from thick clouds that tend to hug the horizon over the mountains.

Skies were nearly perfect and the night ideal for photography. Even with just unaided eyes the planets were obvious, Venus especially so at bottom right. Mercury (at top) and Jupiter (left) were also easy to spot in the twilight glow.