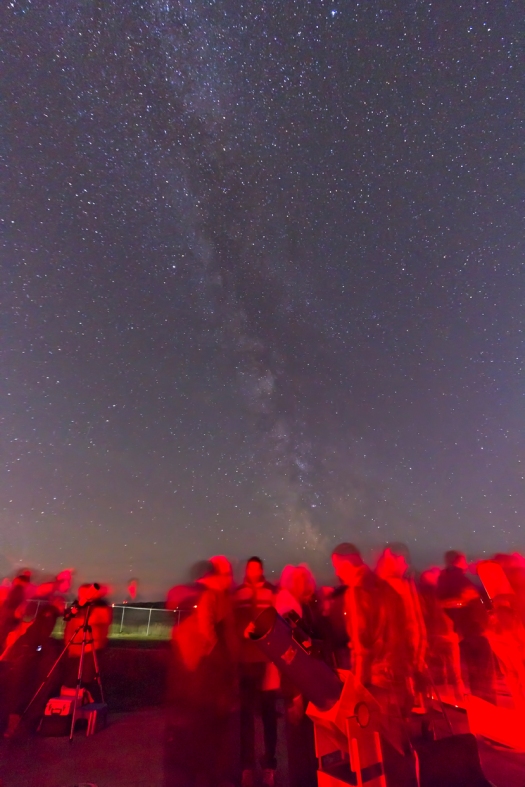 It was a marvellous night for the Milky Way … and some Saturday Night Stargazing.

This was the scene at the University of Calgary’s Rothney Astrophysical Observatory on Saturday night (Sept 17, 2011) as a crowd of about 250 people took in the wonders of the night sky at one of the Observatory’s monthly Open Houses. Skies were excellent and a late moonrise left dark skies early on for views of the Milky Way, a seldom seen part of nature for city-dwellers. A dozen volunteers from the local chapter of the Royal Astronomical Society of Canada provided telescopes and expertise to tour people around night sky wonders, from comets to star clusters. Many people are delighted just to have the constellations pointed out, so they can identify the patterns whose names they have heard of but have never seen.

What always impresses me about such events is how much interest the public shows, and how much the kids in attendance know about astronomy and space. One young man, age 10 or so, in seeing some of the images, like this one, that I was taking pop up on my camera screen, asked if I do piggyback photography! At his age I’m not sure I knew about piggyback photography!

We see all ages at our public stargazing events, all expressing the same “Wow! That’s cool!” reaction. Hearing the comments gives us astronomers a charge — we get as much back from the guests as we hope we provide them.