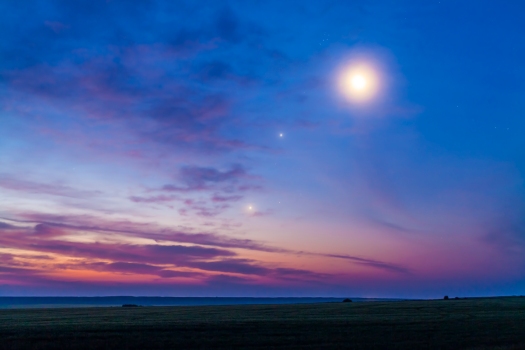 Venus and Jupiter are reprising their mutual meetings of earlier this spring, but now in the pre-dawn summer sky.

This was the scene at 4 a.m. from home on July 14, with the waning crescent Moon, here overexposed, above Jupiter and Venus at dawn. Next to Venus is the star Aldebaran and the stars of the Hyades star cluster in Taurus. Above the Moon is the Pleiades star cluster.

On July 15, the Moon will appear between Venus and Jupiter for one of the best conjunctions of 2012.