What a fabulous night this was! Forewarned about an impending solar storm I headed to the site of a rustic barn near home to shoot the Northern Lights.

The night started with cloud but upon looking out after midnight (it pays never to go to bed too early!) the skies were clear. Checking Spaceweather.com showed an active auroral oval lit up red and Storm in Progress warnings!

That was all the cue I needed to pack up the gear and head over to the old barn site where I have been shooting time-lapses all this week. 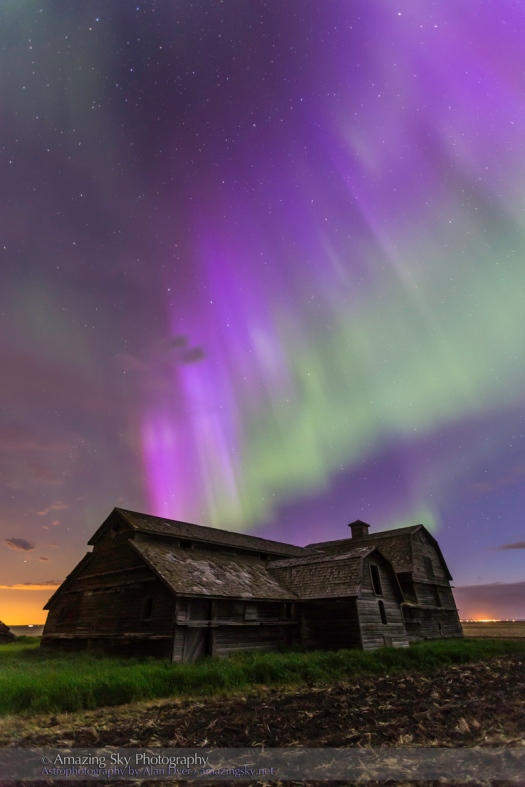 The aurora remained quiet and diffuse for the first hour and a half, but then about 2 a.m., the substorm hit. Within seconds the curtains began to light up with well-defined rays and beams shooting to the zenith. And they danced.

From the start I shot with two cameras taking time-lapses (the main still image at top is a frame from one of the movies). Then toward the end of the night I switched to just shooting still images framed to suit the curtains towering up to the zenith.

As above, I also shot a “selfie” of me shooting the vertical image in the middle of the set.

But below is the result of a night of shooting time-lapse movies and stills, in a montage set to music. The link takes you to my Vimeo site. Do turn on HD mode.

I hope you enjoy the video!