It was a fine celestial sight to begin the week, as Venus met Jupiter in the dawn sky.

This morning, August 18, Venus and Jupiter appeared just 1/2 degree apart, as close as they’ve appeared to each other since 1999.

The top image shows the wide-angle setting, with Venus and Jupiter tightly paired near the horizon, and the waning Moon above, itself in conjunction with Aldebaran in the Hyades star cluster. 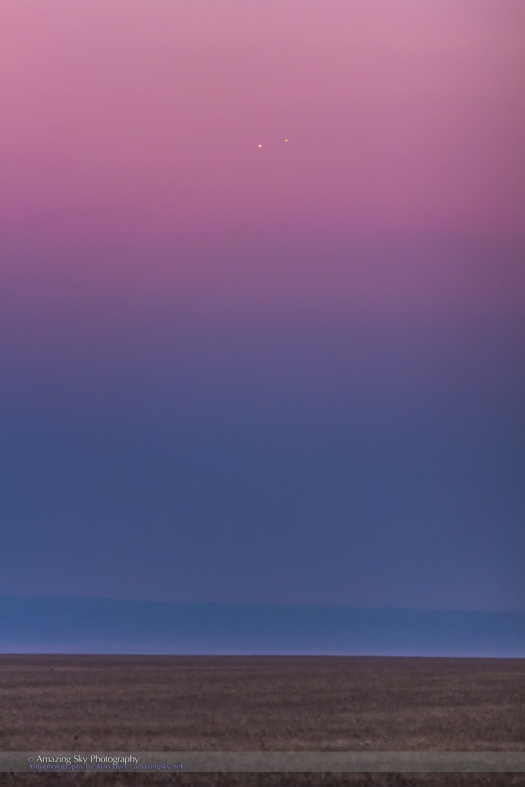 This zooms into the main event, the Venus-Jupiter pairing, as they were emerging from the horizon haze.

I shot this from home, off the back deck, having little ambition at 5 a.m. to venture any further afield. I had planned to shoot this from Dinosaur Park but had second thoughts on the hour drive there and back!

This zooms into the secondary show this morning, the meeting of the waning crescent Moon with the brightest star in Taurus, Aldebaran, and its companion stars in the Hyades star cluster. This is a telephoto lens shot with a fixed camera, no tracking.

Thus begins a fine two weeks of stargazing, weather permitting, as the Moon exits the sky to leave us the summer Milky Way at its best, and dual pairs of planets in the dusk and dawn sky – Mars and Saturn converging in the evening and Venus and Jupiter, now parting ways, in the morning.