Every astrophotographer has an object or field that seems to defy capture. For me, shooting the Sword of Orion has always been beset by haze, tints from light pollution and low altitude — something has always gone wrong. At last I managed to get a good shot of the region. It was a priority for me on my Australia trip of December 2010. Even though I ended up with only 2 clear nights to do any  serious shooting, out of 15 I was there, I really wanted to grab this area, while Orion was high in the north, and higher in altitude than I can get it from home, so less hindered by sky gradient tints.

This is a shot with the wonderful Borg 77mm f/4 astrograph (which is tack sharp across the field) and the modified full-frame Canon 5D MkII camera — both items purchased from Hutech Scientific, a great source of astrophoto gear. This is a stack of five 7-minute exposures at ISO 800, processed in Photoshop CS5. 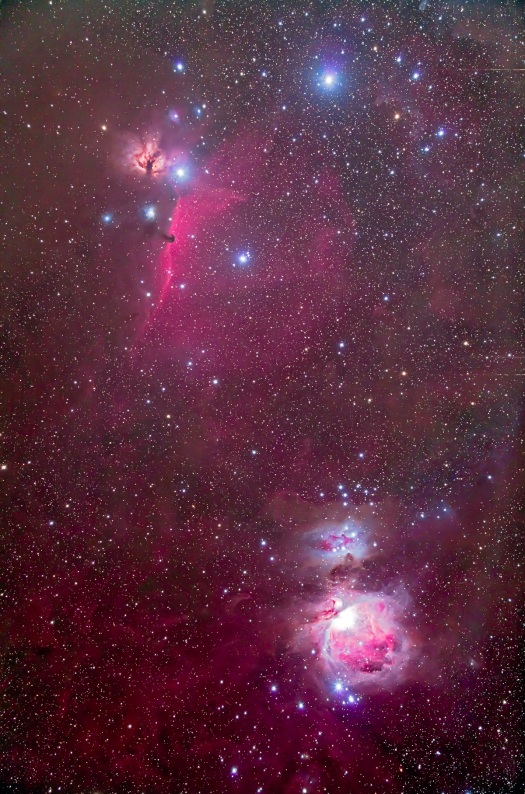