On one of the few clear nights so far this winter I was able to make Canis Major obey for a while and pose for a shot of the canine constellation hopping along my horizon in the south. From my latitude of 51° N he never appears high in the sky, though the placement on the horizon does make for a photogenic winter scene. Here, you can see the Messier star cluster M41 just below Sirius, the Dog Star, the brightest star in the night sky and the bright jewel in the collar of Canis Major (according to some depictions of the constellation). This is a stack of five 4-minute exposures  with the Canon 5D MkII at ISO 800 and a 50mm Sigma lens at f/2.8, plus a single 4-minute exposure with the Kenko soft filter to add the enhanced hazy star glows. 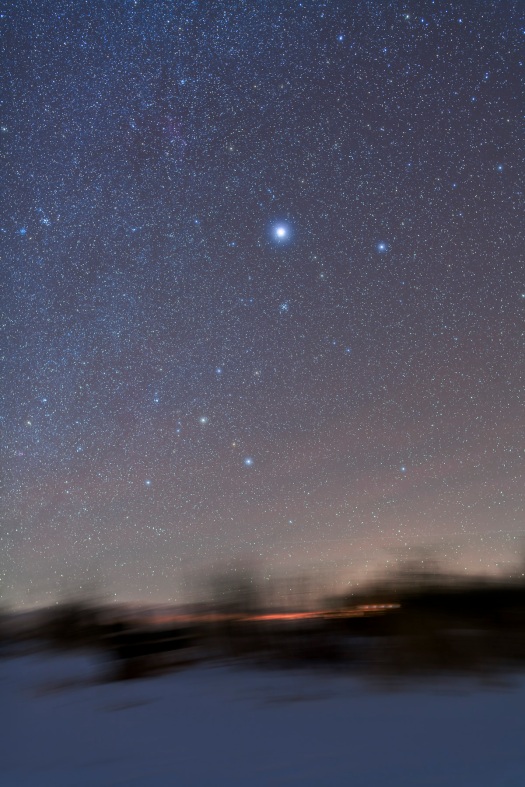