The silvery Milky Way and green bands of airglow stretch across the high plains and big sky of the Cypress Hills.

The Moon had long set and the night looked as dark as it could be. No lights interrupted the flat clear horizon. These are the high plains of the Cypress Hills, the highest place in Canada between Labrador and the Rockies.

And yet, in the panoramic photos I took last night the sky revealed its true colours.

In the 360° panorama above, the Milky Way arches overhead from northeast to southwest. It was obvious to the naked eye. But stretching across the sky from east to west are also bands of green and red airglow that were completely invisible to the eye, except perhaps for making the sky look more grey than it might have otherwise.

These aren’t aurora but are emissions of light caused by oxygen atoms fluorescing as they give off some of the energy they absorbed by day. Time-lapse sequences show these bands moving slowly across the sky. 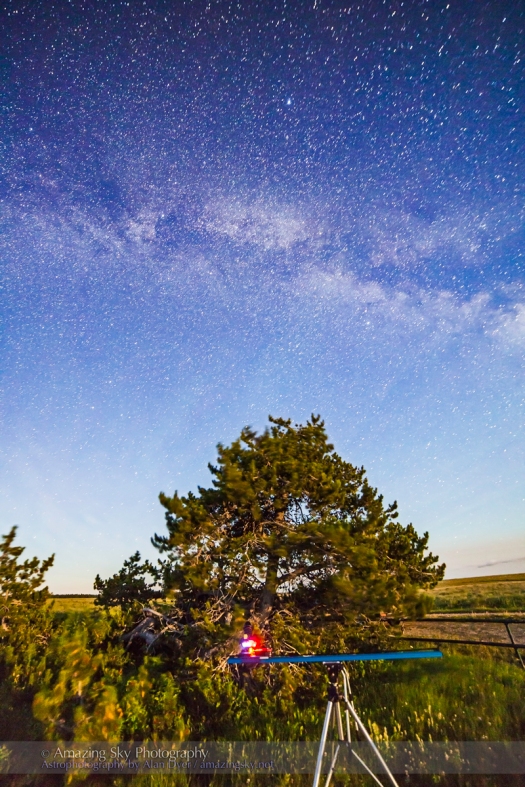 I drove up the Graburn Road last night, to the plateau of Cypress Hills, to shoot a time-lapse of the Milky Way moving above this lone tree on the plains. It’s called the Survivor Tree, subject to drought, blizzards fire, cattle, and even being cut down at one time. But still it survives. With a cold wind blowing last night I had a taste of what this tough Lodgepole Pine has had to endure. 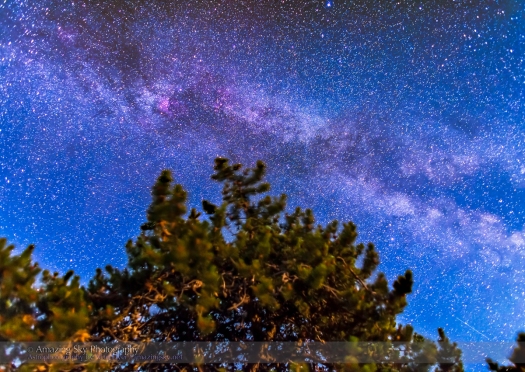 This is one frame from the final movie clip, with the tree and sky still lit by the light of the setting waxing Moon. An enduring tree beneath the timeless stars. 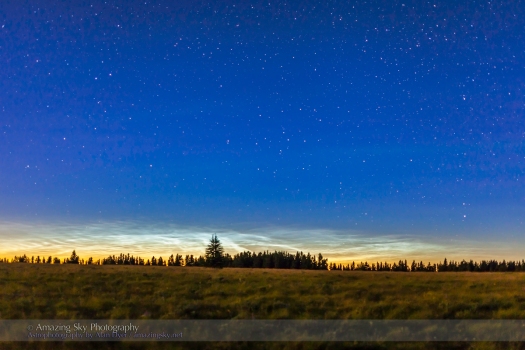 Early in the evening the northern sky was also marked by another sky phenomenon, noctilucent clouds – very high altitude clouds still lit by sunlight long after the Sun has set locally. These clouds made for a nice photo for a few minutes but soon faded from view as the Sun set even as seen from where these clouds live at the edge of space.

The night was left dark, with no aurora tonight – just the Milky Way and the faint wisps of airglow over the high plains of southern Alberta.

3 Replies to “High Plains Panorama of the Night Sky”