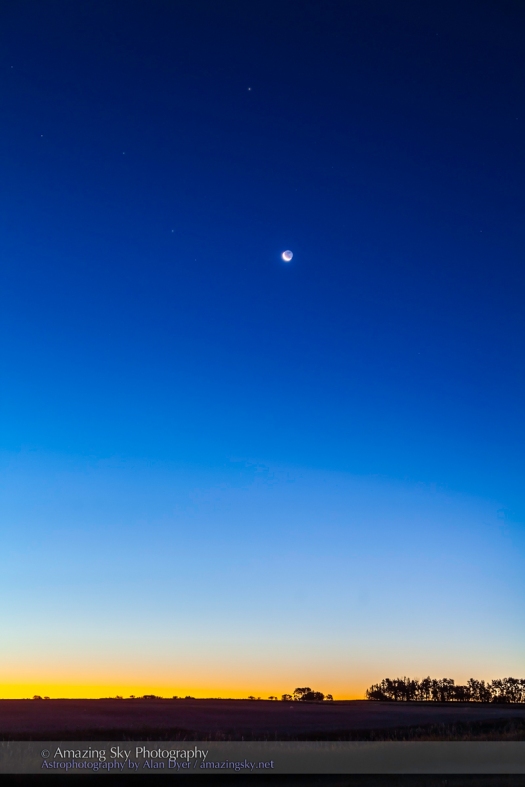 The waning Moon shines below Mars and beside the star Regulus in the dawn twilight.

This was the scene before sunrise this morning with the waning crescent Moon near Mars (above the Moon) and the star Regulus (left of the Moon) in Leo. Mars is getting the attention this week as Comet ISON flies near the planet and also appears near Mars in our earthly sky.

However, the comet is still very faint and needs a large telescope to see from Earth. It will be interesting to see if any of the Mars probes are able to image it, as ISON is still fainter than predicted and might be beyond their reach to detect. But if they do, they could help determine just how big ISON is and that in turn will tell us if it might survive its November 28 passage round the Sun to become a fine dawn object in December.

2 Replies to “Moon and Mars in the Morning”