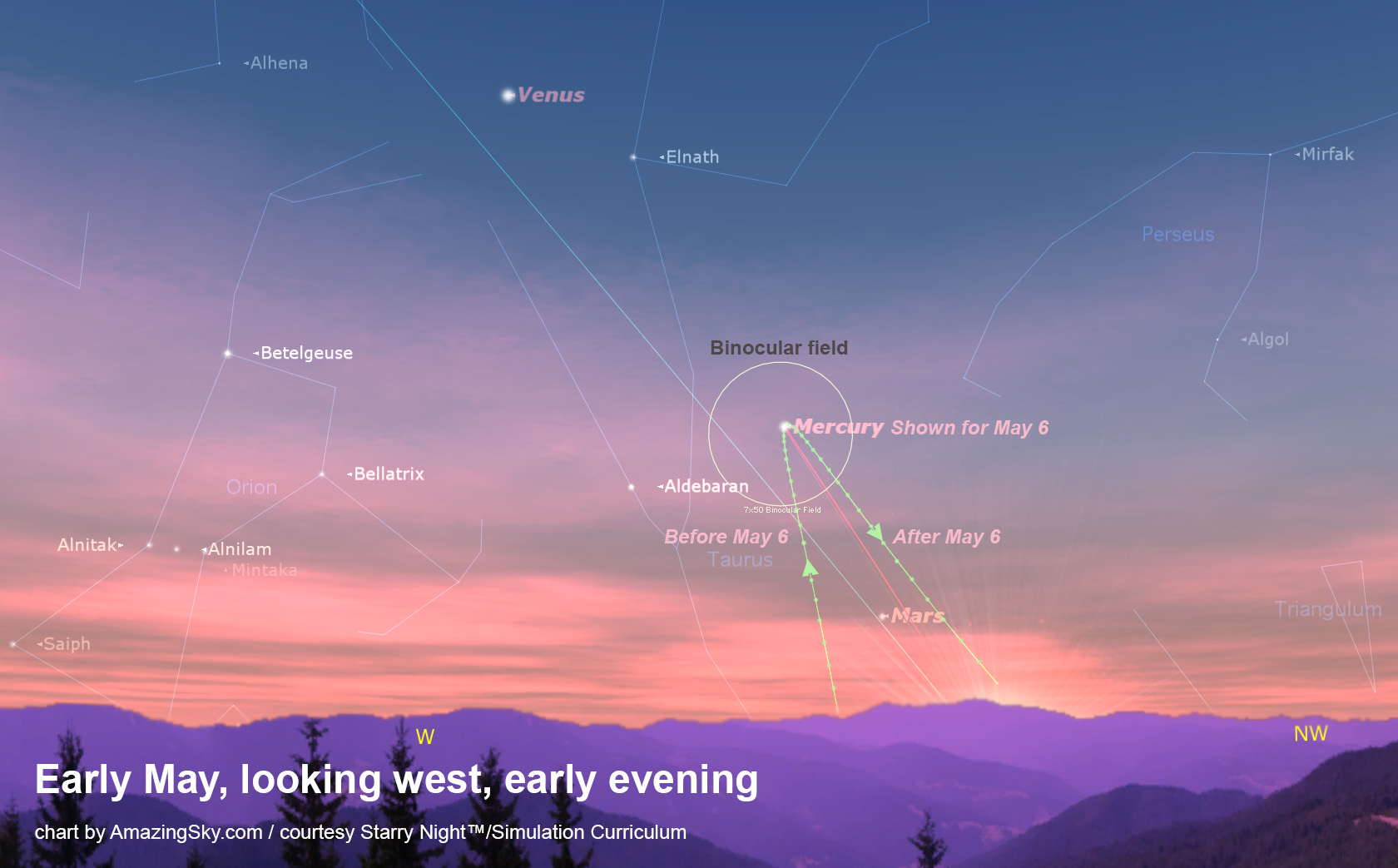 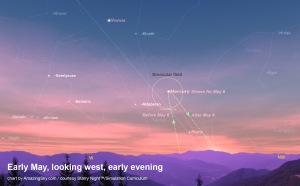 The next two weeks are the best in 2015 for sighting Mercury in the evening sky.

Mercury is coming into view in our evening sky, climbing as high as it can get for us in the Northern Hemisphere. This is our best chance for us to sight Mercury as an evening star in 2015.

Spring is always the best time to catch elusive Mercury. The angle of the ecliptic – the path of the planets – swings up highest above the horizon in spring, putting Mercury as high into the evening twilight as it can get. This makes it easier to sight Mercury than at other times of the year when, particularly for observers at northern latitudes, Mercury can be lost in the twilight glow and horizon haze.

When it is at its highest Mercury is surprisingly bright, appearing as a bright star easily visible to the naked eye. However, locating it at first in the twilight usually requires a scan with binoculars.

Mercury will be at its highest on May 6 when it reaches “greatest elongation.” However, it will be almost as good for a week on either side of that date.

So set aside a clear evening during the first two weeks of May to search for the inner planet. (The green line is Mercury’s path relative to the horizon with the green dots marking its position at daily intervals.)

Mercury will be shining above fainter Mars, and well below brilliant Venus, now dominating our evening spring sky. Look north of due west during the hour after sunset.

This view captures Mercury at its last good evening appearance, back in early January when it appeared close to Venus, then emerging into the evening sky. You can compare their relative brightness.

By coincidence, the emergence of Mercury into our evening sky comes just as it loses its lone visitor from Earth. Since 2011, NASA’s Messenger probe has been orbiting and mapping Mercury.

On April 29, with the probe exhausted of its maneuvering fuel, Messenger is scheduled to end its mission by crashing onto the planet, adding a new crater to Mercury’s barren and volcanic surface.

This is a recent map of Mercury from Messenger. For more details, see the mission’s website.