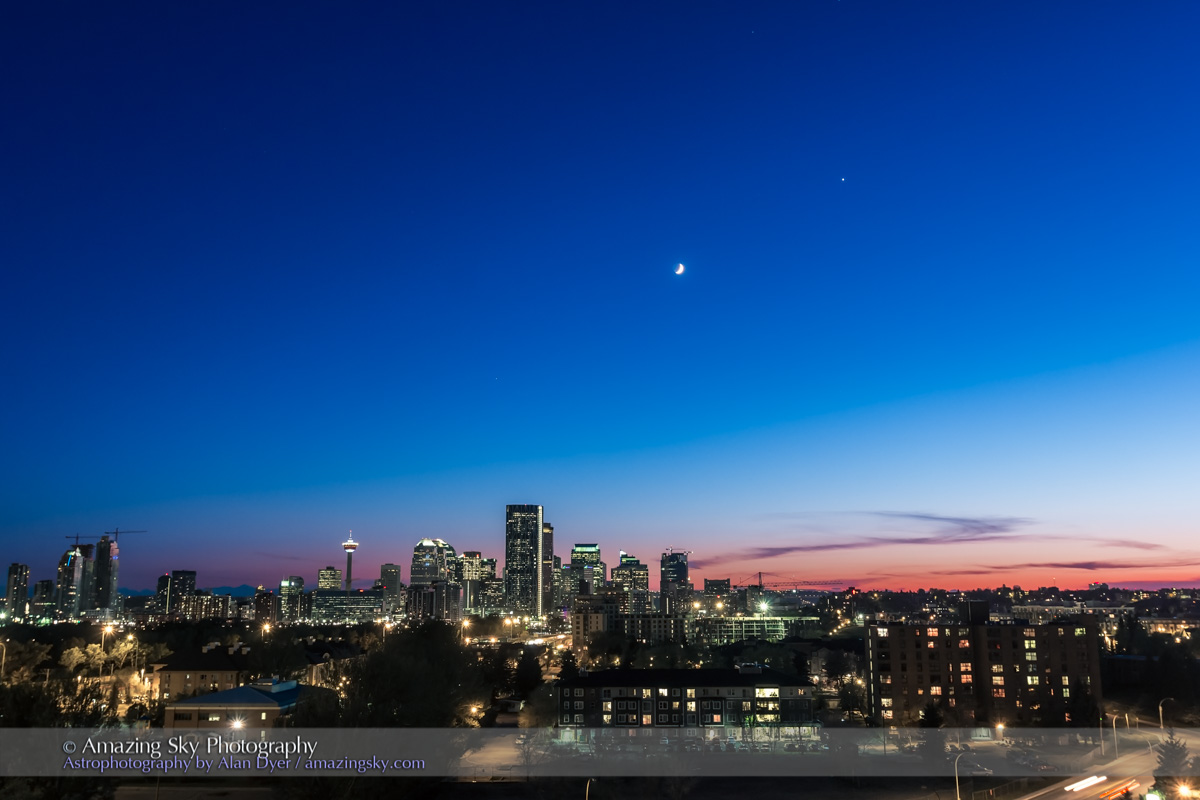 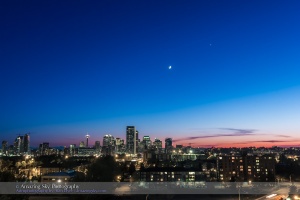 The waxing Moon and Venus shine over contrasting landscapes, both urban and rural.

I shot the main image at top last night, May 21, from a site overlooking the urban skyline of Calgary, Alberta. The waxing Moon shines near Venus in the twilight sky.

By contrast I shot the image below the night before, from a location that couldn’t be more different – remote, rural Saskatchewan, on a heritage farmstead first settled in the 1920s by the Butala family. It is now the Old Man on His Back Prairie and Heritage Conservation Area. 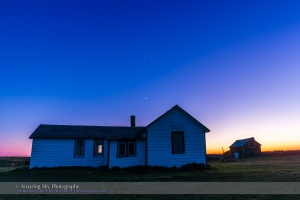 Here, the crescent Moon shines a little lower, below Venus, amid the subtle colours of twilight in a crystal clear prairie sky.

However, as the top image demonstrates, you don’t need to travel to remote rural locations to see and photograph beautiful sky sights. Twilight conjunctions of the Moon and bright planets lend themselves to urban nightscapes.

One Reply to “Urban and Rural Moons”