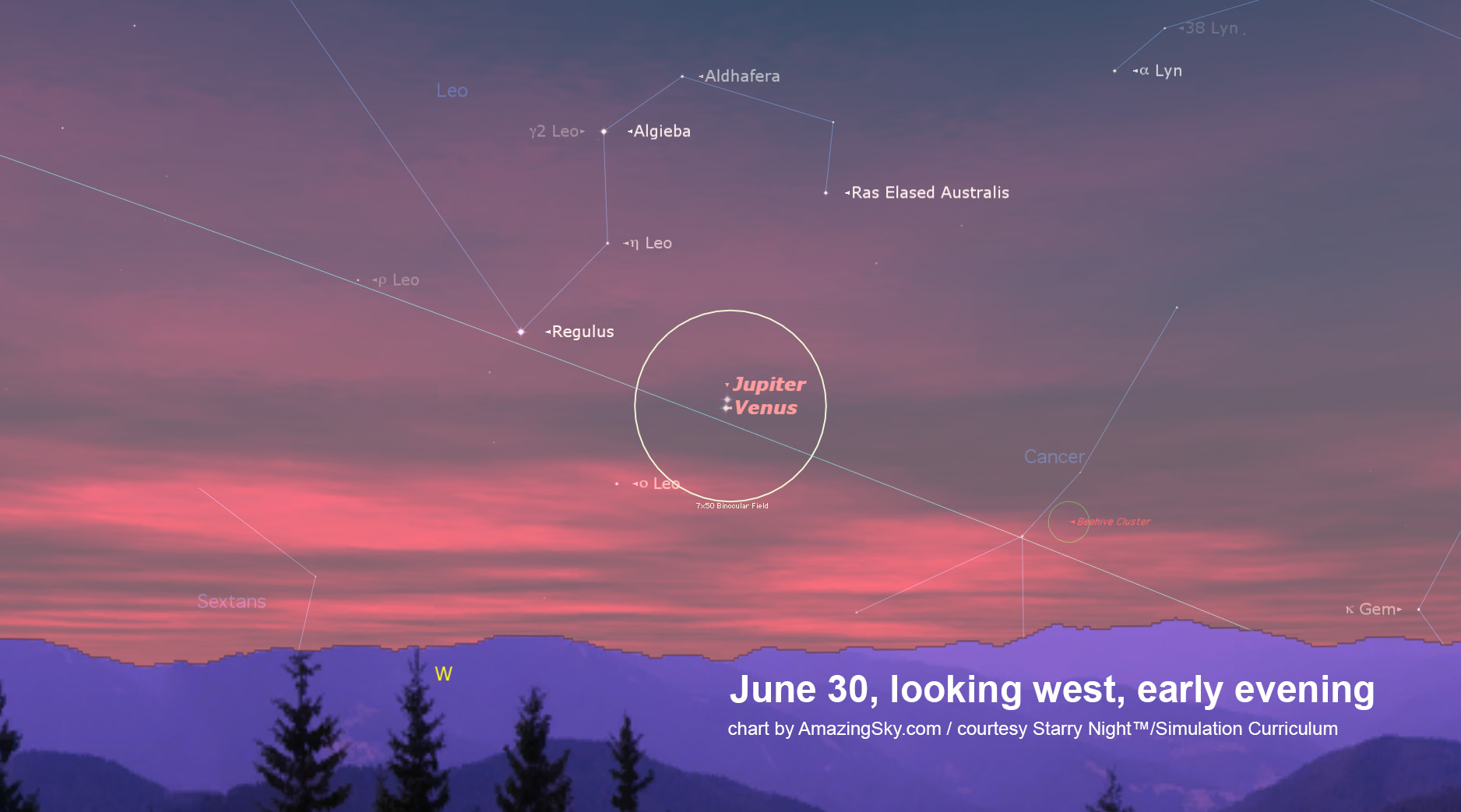 Look west on June 30 after sunset to see a brilliant “double star” in the dusk.

They’ve been building to this conjunction all month. On Tuesday, June 30 Venus and Jupiter appear at their closest in a stunning pairing in the evening twilight.

That’s 1/3rd of a degree and is less than a Moon diameter. That’s so close you’ll be able to fit both planets into a high-magnification telescope field. However, it’s not so close that you won’t still be able to resolve the two worlds with your unaided eyes as separate objects shining in the twilight. In the chart above the circle is a binocular field.

Their proximity is merely an illusion. Venus and Jupiter lie along the same line of sight to us, but in fact are 825 million kilometres apart in space.

If Tuesday looks to be cloudy, good consolation nights are June 29 and July1 – Canada Day! – when Venus and Jupiter will be separated by 40 arc minutes – double their separation on June 30, but still very impressive.

The last time we saw Venus and Jupiter close together in the evening sky was in mid-March 2012, when I shot the photo above. But at that time they passed a wide 3 degrees apart. This week they are just a fraction of a degree apart.

They’ll meet again later this year, but in the morning sky, on October 25, when Venus and Jupiter pass one degree from each other.

2 Replies to “Heads Up! The Great Evening Conjunction of 2015”