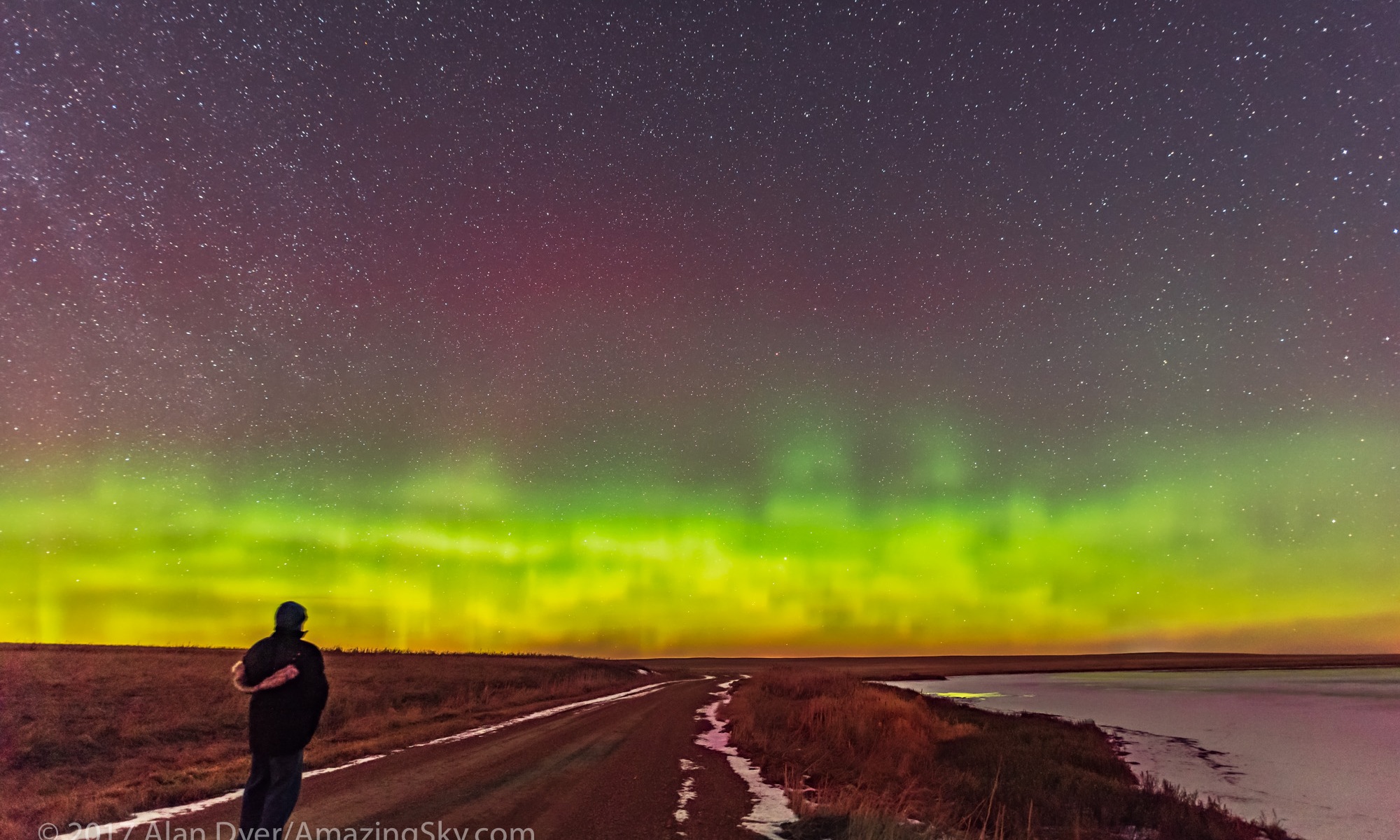 The solar winds blew some fine auroras our way this past week.

Oh, that I had been in the North last week, where the sky erupted with jaw-dropping displays. I could only watch those vicariously via webcams, such as the Explore.org Northern Lights Cam at the Churchill Northern Studies Centre.

But here in southern Alberta we were still treated to some fine displays across our northern sky. The image below is from March 1, from my rural backyard.

The Sun wasn’t particularly active and there were no coronal mass ejections per se. But a hole in the corona let a wind of solar particles through to buffet our magnetosphere, stirring up geomagnetic storms of Level 4 to 5 scale. That’s good enough to light our skies in western Canada.

Above is the display from March 2, taken over a frozen pond near home. I like how the Lights reflect in the ice.

This night, for about 30 minutes, an odd auroral form appeared that we see from time to time at our latitudes. A wider panorama shows this isolated arc well south of the main auroral oval and forming a thin arc stretching across the sky from west to east.

The panorama above shows just the western and eastern portion of the arc. Overhead (image below) it looked like this briefly.

Visually, it appeared colourless. But the camera picks up this isolated arc’s usual pink color, with a fringe of white and sometimes (here very briefly) a “picket-fence” effect of green rays.

This is the view of the isolated arc to the west. Erroneously called “proton arcs,” these are not caused by incoming protons. Those produce a very diffuse, usually sub-visual glow. But the exact nature of these isolated arcs remains a mystery.

As we head into solar minimum in the nest few years, displays of Northern Lights at lower latitudes will become less frequent. But even without major solar activity, last week’s displays demonstrated  we can still get good shows.

5 Replies to “Auroras from Alberta”