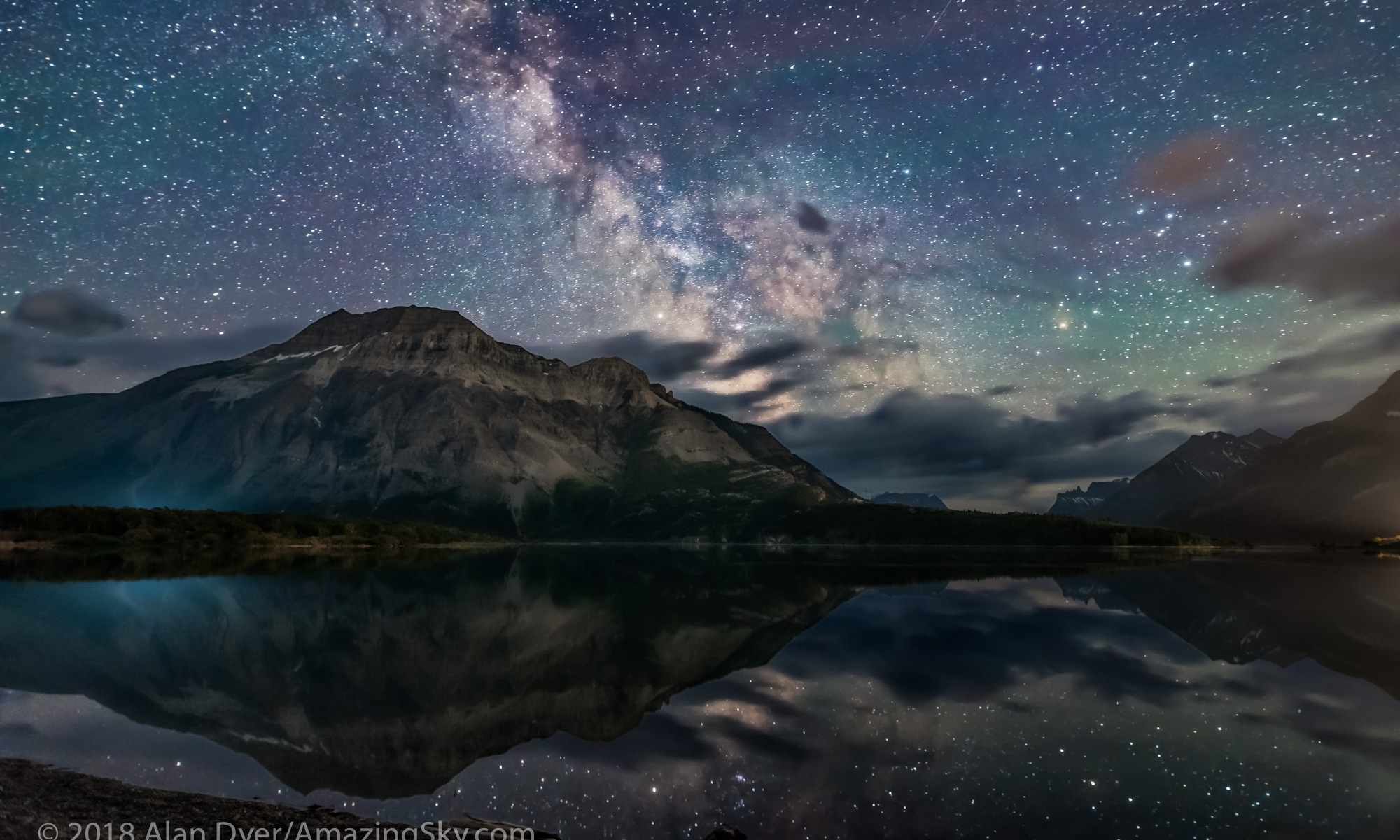 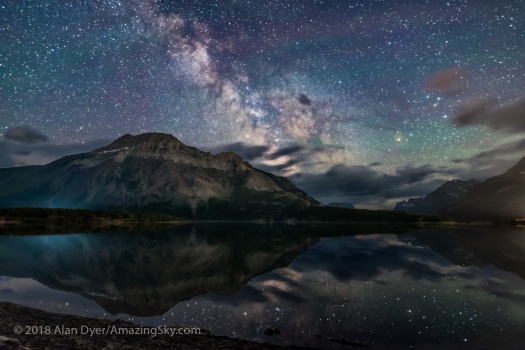 A clear break between storms provided a marvellous night in the mountains to shoot nightscapes.

Every year I travel to Waterton Lakes National Park in southwest Alberta to deliver public talks and photo workshops, usually as part of one of the festivals held each year. I was there June 15 to 17 to participate in the annual Wildflower Festival.

On Sunday, June 17 skies cleared to allow my workshop group to travel to one of my favourite spots, Maskinonge, to practice nightscape shooting techniques. The sunset was stunning, then as skies darkened the Moon and Venus over Waterton River provided the scene.

As twilight deepened, a display of noctilucent clouds appeared to the north, my first sighting of the season for this unusual northern sky phenomenon. These clouds at the edge of space are lit by sunlight even at local midnight and form only around summer solstice over the Arctic.

As the sky slowly darkened and the Moon set, the Milky Way appeared arching across the east and down into the south. The sky was never “astronomically dark,” but even with perpetual twilight illuminating the sky, the Milky Way still made a superb subject, especially this night with it reflected in the calm waters on this unusually windless night for Waterton.

On the way back to town, I stopped at another favourite spot, Driftwood Beach on Middle Waterton Lake, to take more images of the Milky Way over Waterton, including the lead image at top.

It was a perfect night in Waterton for shooting the stars and enjoying the night sky. By morning it was raining again!

4 Replies to “A Wonderful Night in Waterton”