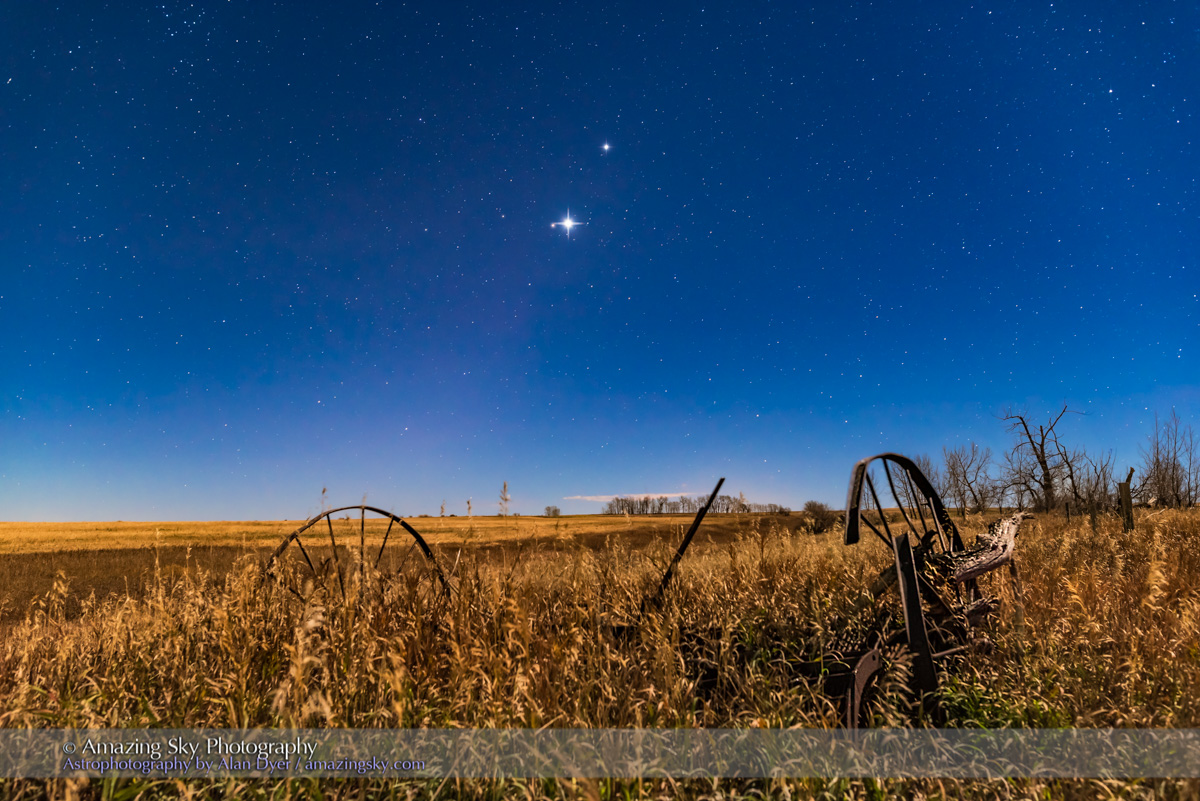 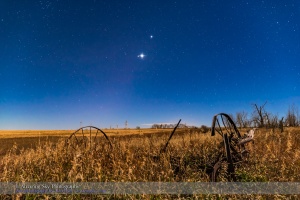 The gathering of planets at dawn is coming to an end as Venus meets Mars.

This was the view this morning from home in southern Alberta of the trio of planets in the moonlit morning sky.

Venus is the brightest, while dim red Mars shines just to the left of Venus. Jupiter is above the Venus & Mars pairing, with all the planets shining in Leo.

Mars and Venus will appear closest to each other on November 2 and 3. Then the group breaks apart as Venus descends but Mars and Jupiter climb higher.

But as they do so they are joined by the waning Moon, by then a thin crescent, on November 6, when the Moon shines near Jupiter, and November 7, when it joins Venus for a stunning dawn sky scene.

After that the morning planet dance comes to an end. But in two months, in early January, Venus will meet up with Saturn for a very close conjunction in the winter dawn sky on January 9.