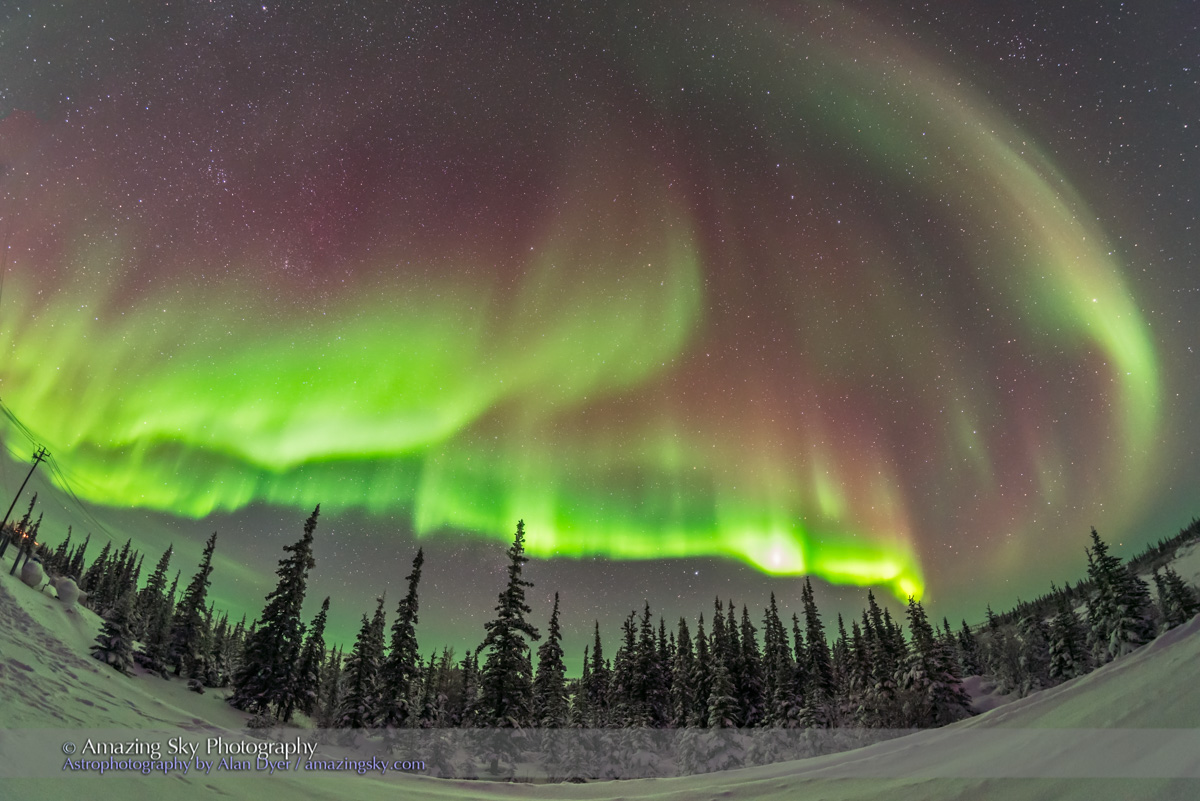 The Northern Lights once again performed beautifully from Churchill, Manitoba, making the sky dance with colours.

As I do each winter, I spent time in Churchill, Manitoba at the wonderful Churchill Northern Studies Centre, attending to groups of “aurora tourists” there to check an item off their bucket list – seeing the Northern Lights. 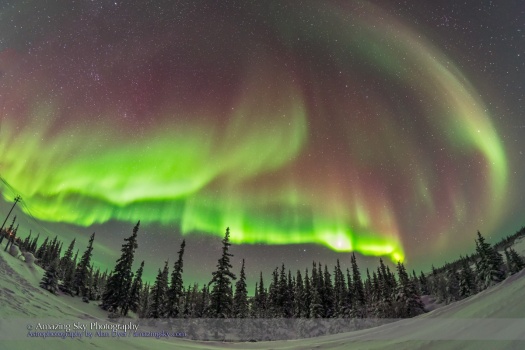 In the 30 years the courses have been presented only one group has ever come away not seeing the Lights. Well, make that two now. A bout of unseasonably warm weather in my first week brought clouds every night. Mild temperatures to be sure. But we want it to be -25° C! That’s when it is clear.

Our first clear night was very clear, affording us a wonderful view of the winter Milky Way before the Lights came out. Such a view is unusual from the North, as the Lights usually wash out the sky, which they did later this night. Even here, you can see some wisps of green aurora.

Normal temperatures didn’t return until week 2 of my stay. The second group fared much better, getting good displays on 4 of their 5 nights there, more typical of Churchill. 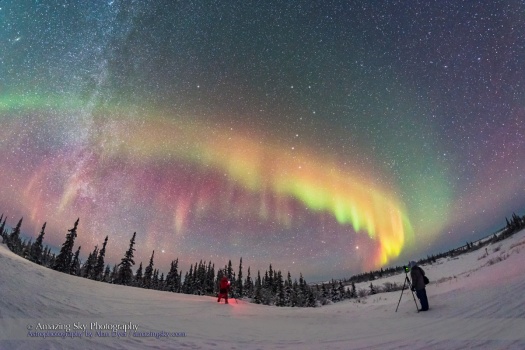 A few determined die-hards from Group 1 (here shooting the Lights) stayed on a couple of more nights, and were rewarded with the views they had come for. They were happy!

In the images here, at no time did the auroral activity exceed a level of Kp 3 (on a scale of 0 to 9) and was often just Kp 1 or 2. Farther south no one would see anything. But at latitude 58° N Churchill lies under the auroral oval where even on quiet nights the aurora is active and often spectacular.

In speaking to a Dene elder who presents a cultural talk to each of the CNSC groups, Caroline said that to the Dene of northern Canada their word for the Lights translates to “the sky is dancing.” Wonderful! It did for us.

The Auroras of Churchill from Alan Dyer on Vimeo.

This music video presents a montage of time-lapse movies I shot over four nights, from January 25 to 29, 2017. They provide an idea of what we saw under the dancing sky.

As usual, choose HD and enlarge to full screen to view the movie. Or go to Vimeo with the V button.

5 Replies to “The Sky Was Dancing”