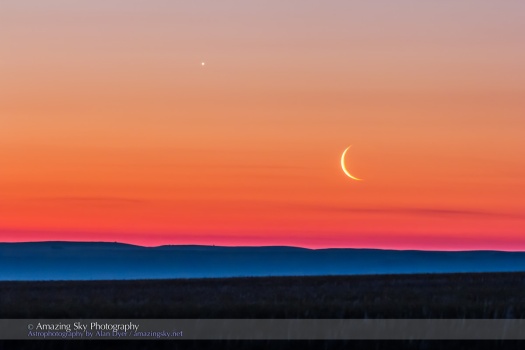 The waning Moon and Venus rise together into the summer dawn.

This was the scene this morning, June 24, as the waning crescent Moon rose together in conjunction with Venus, into the dawn sky.

The morning could not have been more clear for a great view of them coming up over the distant hills in southern Alberta. 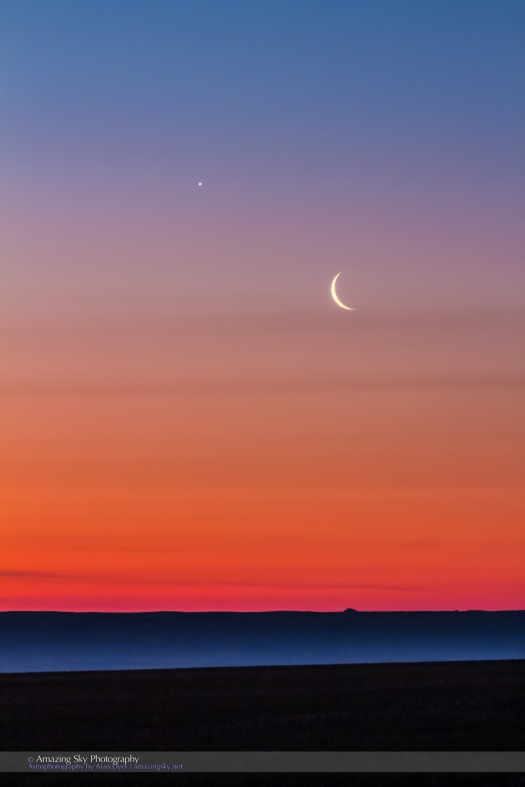 Pity there was not also some noctilucent clouds, but this morning there was no sign of them. Nor of any aurora through the night, despite promising signs of activity. But the morning show made up for their absence.

The waning Moon and Venus are together again on the morning of July 24, exactly a month from now.

6 Replies to “Moon and Venus Rising”