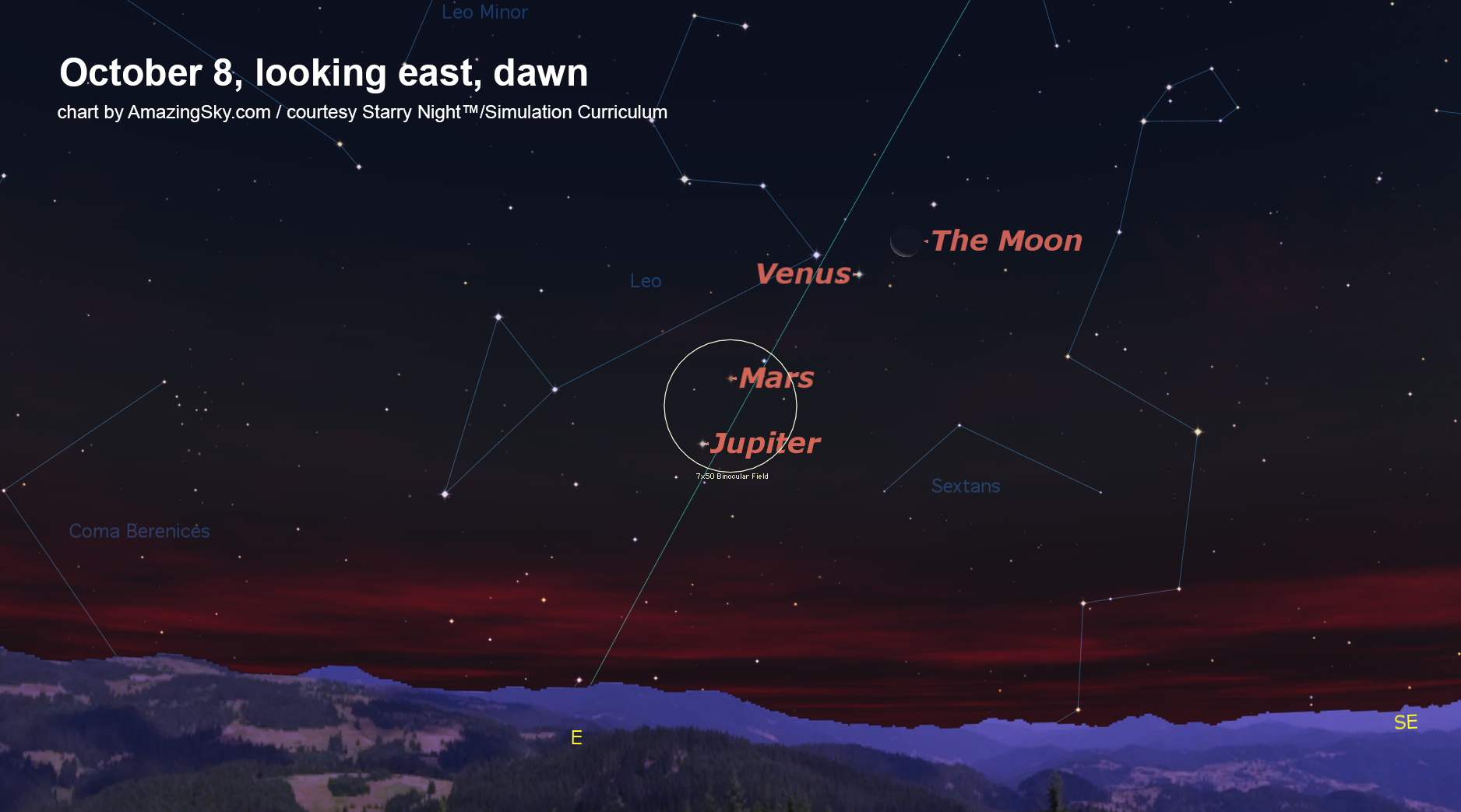 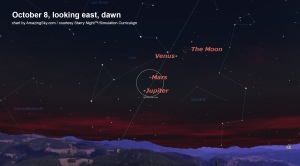 Look east this week to see a wonderful conjunction of the waning Moon with three planets in the morning sky.

A great dance of the planets is about to begin in the dawn sky.

Venus, Mars and Jupiter are now all prominent in the eastern sky before sunrise, with Venus by far the brightest. Below it shines slightly dimmer Jupiter. But between those two brightest of planets shines dim red Mars.

The three planets are converging for a mutual close meeting in the third week of October, when from October 23 to 28 the trio of planets will appear within a binocular field of each other.

But this week, with the three planets still spread out along a line, the Moon joins the scene to start the planet dance. It shines near Venus on the morning of October 8 (as shown here). and then near Mars and Jupiter on October 9.

Look east between 5:30 and 6:30 a.m. local time. All the planets are easy to see with unaided eye even in the city, but binoculars will frame the Moon-Venus pairing on October 8 and the Moon-Mars-Jupiter trio on October 9.

One Reply to “Heads Up! – Dawn Sky Delight”