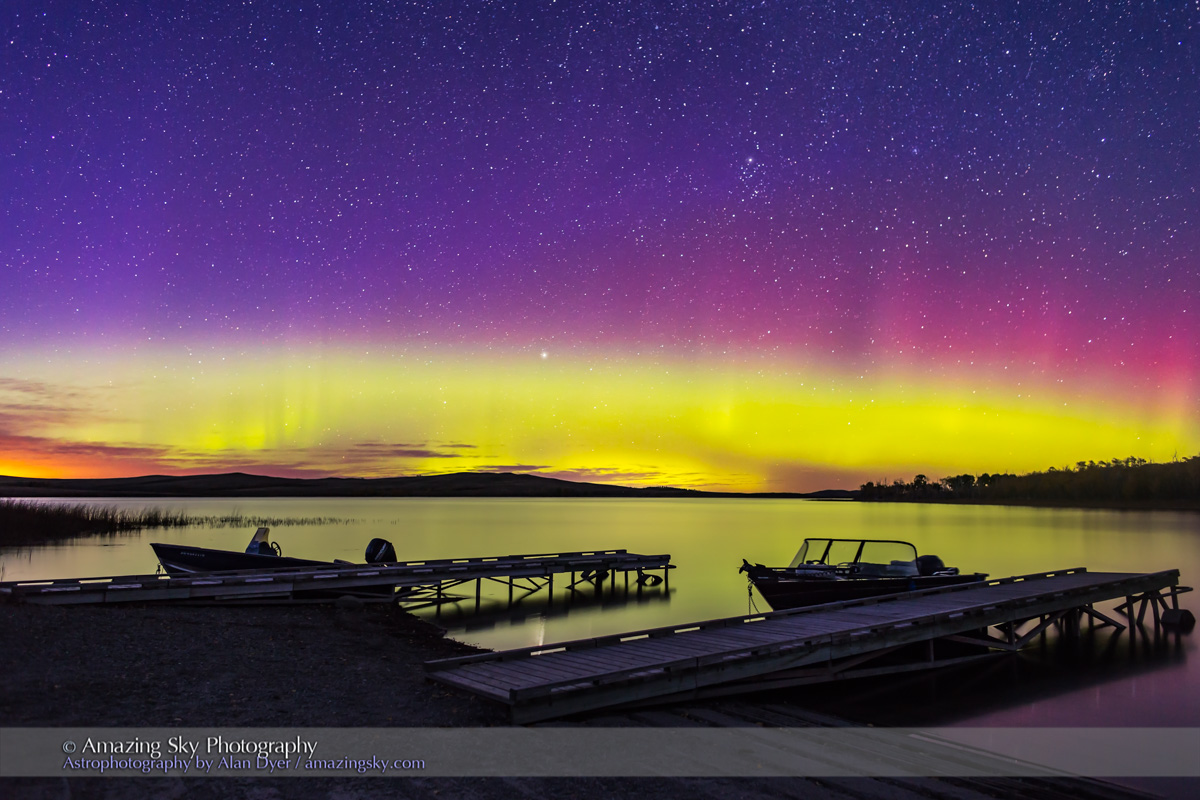 It was a perfect night at a dark site in southern Alberta. The Milky Way shone to the south and aurora danced to the north.

I had scouted out this location in June and marked it on my calendar to return in the fall when the centre of the Milky Way would be well-placed to the southwest.

The site is Police Outpost Provincial Park, named for the North West Mounted Police fort that once occupied the site, guarding Canada’s sovereignty in the late 1800s.

One result from the night of shooting is the opening image, the first frame from a time-lapse taken while deep blue twilight still coloured the sky. The main peak is Chief Mountain in Montana.

To the north an aurora display kicked up over the lake. While it never got very bright, it still provided a photogenic show over the still waters.

The waters were calm on this windless night (rare for southern Alberta), and so reflected the stars and Northern Lights beautifully.

Here, the Big Dipper reflects in the lake as we look north to the Lights. The movie below compiles still images and two time-lapse sequences, of the Lights and Milky Way. The sounds are the natural sounds I recorded on site, as flocks of geese were getting ready to migrate and the owls hooted.

Enjoy! — As always, for the best view, enlarge to full screen or click through to Vimeo with the V button.