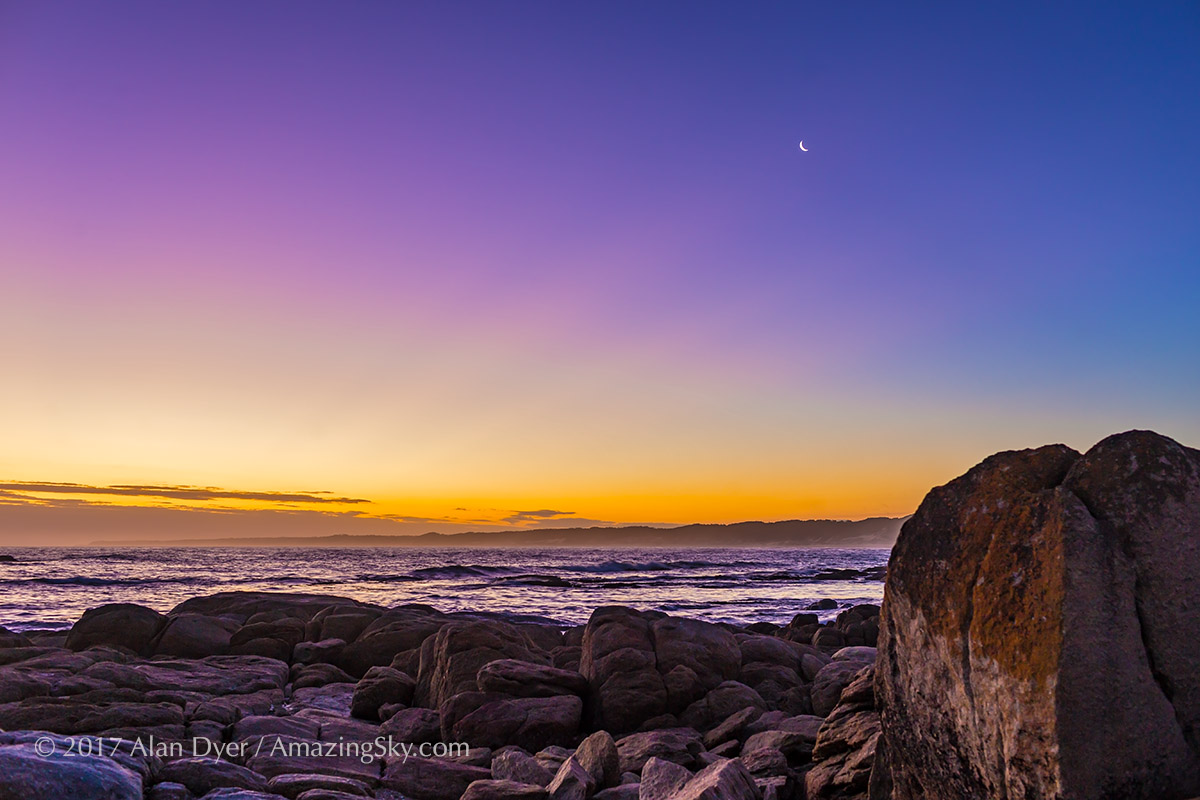 From the southern hemisphere the Moon appears “upside-down” and higher each night in the northern sky as it waxes from crescent to Full.

These are scenes from the last week as the Moon rose higher into the evening sky as seen from Australia.

A northerner familiar with the sky would look at these and think these are images of the waning Moon at dawn in the eastern sky.

But no, these are of the waxing Moon (the phases from New to Full) with the Moon in the evening sky.

From the southern hemisphere the ecliptic – the path of the planets – and the path of the Moon arcs across the northern sky. So as the Moon waxes from New to Full phase it appears to the right of the Sun, which still sets in the west. The world still spins the same way down under!

So the Moon appears upside down and with the crescent phase the “wrong” way for us northerners.

This panorama taken April 4 sweeps from northwest to southeast, but looks north at centre, to capture the scene at sunset of the waxing 8-day gibbous Moon in the northern sky as seen from the southern hemisphere.

The Sun has set just north of west, while the Moon sits 13° east of due north. The Earth’s shadow rises as the blue arc at far right to the east opposite the Sun.

The next night, April 5, I shot this panorama from Philip Island south of Melbourne. Again, it shows the waxing gibbous Moon in the north far to the right of the setting Sun in the west (at left).

Getting used to the motion of the Sun and Moon across the northern sky, and the Moon appearing on the other side of the Sun than we are used to, is one of the challenges of getting to know the southern sky.

Things just don’t appear where nor move as you expect them to. But that’s one of the great delights of southern star gazing.