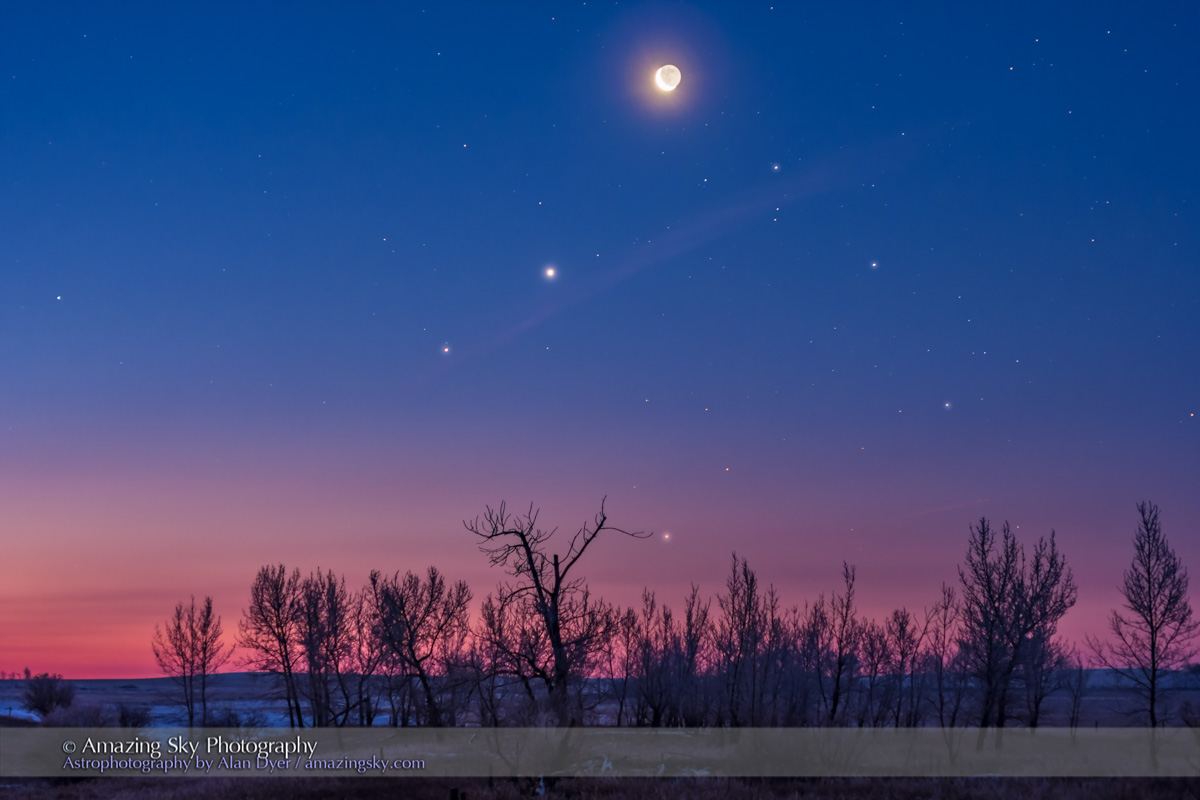 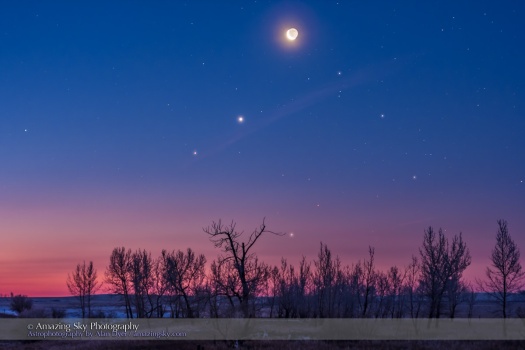 The waning Moon joined Venus and Saturn on a cold winter dawn.

This was the scene this morning, January 6, as the waning crescent Moon met with Venus (bright, at centre) and Saturn (below and left of Venus) in the cold morning twilight.

The grouping appeared above the stars of Scorpius. Antares is just above the treetops.

The top image is with the Canon 60Da and 50mm lens.

The view below, with the 135mm telephoto and Canon 6D camera, is from a half hour earlier before the sky began to brighten with morning twilight.

Venus passes very close to Saturn this weekend, with the two worlds appearing within a telescope field on the mornings of January 8 and 9. Get up early before sunrise and look southeast. Binoculars will provide a superb view.

Venus is hard to miss, but is now dropping lower each morning and will soon be gone from view as it ends its wonderful appearance as a morning star.